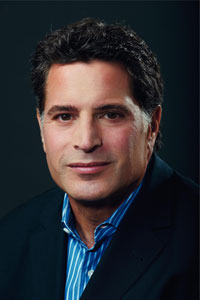 When William C. Taylor, co-founder of Fast Company magazine, searched the country for companies and organizations that were successful change agents, he made several visits to Henry Ford West Bloomfield Hospital. The result: The health care organization was featured in Taylor’s new book, Practically Radical: Not-So-Crazy Ways to Transform Your Company, Shake Up Your Industry, and Challenge Yourself.

“When you look at an organization that is nearly 100 years old, Henry Ford Hospital literally started with a blank sheet of paper in designing and building the West Bloomfield center,” says Taylor, author of five business books. “They really re-imagined what a hospital could be, and frankly, I don’t know of too many organizations that are doing things to improve health care in such a dramatic way.”

Taylor, who visited metro Detroit in late January to promote Practically Radical, sat down with DBusiness magazine editor R.J. King to discuss Henry Ford West Bloomfield Hospital, how the organization views health care as a path toward wellness, and how other large institutions can undertake radical change.

DB: What was the inspiration for the book?

WT: My last book, Mavericks at Work: Why the Most Original Minds in Business Win, was about outsiders who entered a company or industry and successfully challenged the establishment. For the new book, I wanted to find older companies and organizations that had transformed from within. I was looking for once great companies that had lost their way, and how they became great again.

DB: How did you learn about Henry Ford West Bloomfield Hospital?

WT: I attend a lot of conferences, tried to network as much as possible, and I heard about this medical group in Michigan that was in the process of building a hospital that was very different from anything else in health care. In October of 2007 (it opened in March 2009), I made my first visit to the site, and Gerard Van Grinsven, the CEO, showed me plans that were radically different from the way hospitals are built.

DB: What were some of the innovations that impressed you?

WT: For starters, every patient has a private room, which can easily accommodate a guest. At first, I thought it was to appeal to wealthy patients, but in reality it was done to cut down on infection rates. The rooms are equipped with all of the latest technologies, so if you are recovering from cancer, for example, you can learn about the next steps in terms of diet, exercise, and wellness. In fact, the whole hospital is designed around wellness. The food has been carefully selected to boost nutrition, so there’s no fried food. There are educational services, a spa, and it serves as a learning center for the community. You wouldn’t normally eat or shop at a hospital, but this is no ordinary hospital.

DB: How can companies and organizations better foster change?

WT: In the case of Henry Ford and other companies that have transformed their operations, it comes down to effective communication. The leaders of these companies really involve their employees in their future plans so that everyone is on the same page. It starts with the culture. Sure, Henry Ford has the shops and great food, but it’s the culture of wellness, in this case, that drives everything. They are very involved in employee engagement, so ideas travel back and forth very easily. There aren’t too many silos to navigate.

DB: Do you find a lot of companies that want to change for the better, but may not know how to do it?

WT: There are so many industries that are going through change, especially when you look at the economy over the last two or three years. In addition to Henry Ford, I looked at Interpol, the Providence Police Department, the Girl Scouts of the USA, and several other businesses and organizations. The one thing about all of these companies that made them successful was that they had a culture, or adopted one, that fostered change. And in the end, the best changes were the result of effective communication strategies.