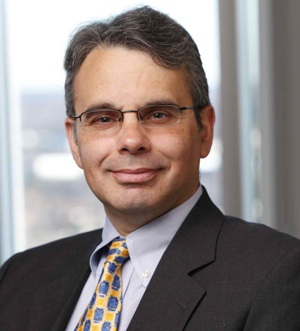 On election night last November, I listened to Governor Snyder talk about his priorities. He talked about being good stewards of the environment. He discussed the need to foster growth in our core cities, particularly Detroit, and he spoke about the need to streamline our tax system. When the Governor released his budget, he proposed to replace the Michigan Business Tax (MBT) with a new 6 percent corporate tax and to stop issuing most, if not all, credits previously issued to incentivize certain actions.

One credit that the Governor has proposed not to continue is the MBT Brownfield Tax Credit. This program is singularly unique among the suite of Brownfield redevelopment incentives available in Michigan. The loans and Brownfield tax increment financing programs which the State employs are intended to “level the playing field” between Brownfields and Greenfields by allowing funding of remedial measures to clean and restore Brownfield properties to a useable condition.

The Brownfield Credit “tips the scales” in favor of redeveloping older sites by providing a saleable tax credit on the order of up to 15 percent of site development expenditures. Presently, the State can’t issue more than $240 million in credits (against up to roughly $1.6 billion in investment) per year. The credits are only issued after the capital investment is concluded. The credit allows developers to take a chance on typically urban, decayed, and/or obsolete Brownfield locations. Since 2000, there have been more than 400 projects that have been redeveloped, or are being redeveloped, in reliance on these Brownfield Credits — reflecting an overall investment in the state of more than $6 billion.

Without casting aspersions on the well-publicized film and television credits, the Brownfield program directly supports investment in capital improvements. Once a building is built, refurbished, redeveloped, or renovated, it won’t pick up and move. And once a developer takes the risk of restoring a brownfield site, the credit doesn’t make the developer money — the buyers, occupants, or tenants of that site do. The Brownfield Credit program reduces some of the risk and cost impediments to urban investment. In terms of the Governor’s priorities, it is a “home run” — it protects Greenfield sites (meaning that existing infrastructure gets more use); it supports the cleaning of brownfield sites; it promotes the redevelopment of core cities like Detroit, Grand Rapids, and Lansing (all of which have benefitted from this program); and it helps attract and retain businesses to Michigan.

The MBT Brownfield Tax Credit is a key tool to support riskier projects involving developments of environmentally impaired property. Without it in place, it is clear that many of these projects will not happen. And, because no one has taken the time, or made the effort, to conduct a comprehensive study of the benefits that this program generates, it is surprising that the Governor wants to do away with it without first determining its value and its cost.

There is truth in the old adage that one has to spend money to make money. That’s what incentives are, and that’s what they do. This is not about “picking winners or losers” which has been so vilified. As long as a project meets the statutory standards and is approved at the local and state levels, it will get the Credit, once completed. There is no geographic or business segment that is targeted or favored here, and everyone benefits. This program supports offices, retail, mixed-use, manufacturing, residential, recreational uses, and hospitals, and any other kind of capital investment that entrepreneurs can conceive.

One can quarrel about the amount of the incentives, or the criteria for their award, but no one can quarrel with the results. Hundreds of projects amounting to well over $6 Billion in investment, construction jobs, related employment, and property tax revenue have been generated from Michigan’s Brownfield tax credit program.

The Governor seems fixated on flattening tax rates to the exclusion of all else. However, incentives often weigh higher on new businesses’ location decisions than do tax rates. Recently, AreaDevelopment.com reported that when picking a site for a business, the corporate tax rate ranked 6th in the factors to be considered. Tax exemptions were 3rd, and state and local incentives were 5th.

This program regularly sees developers claiming credits of roughly $65 million per year. It is sobering that, for 2011, the Governor has agreed to allow credits totaling $50 Million under the MEGA, Historic Credit, and Brownfield Credits. These three programs combined issued credits totaling over 10 times that much last year. Given the state’s priority for immediate job-generation, it is likely that all of the $50 million will be funneled into MEGA programs, leaving brownfield redevelopment to wither away.

The Governor should not be coming at this program with an axe, but with a pair of scissors. He should be figuring out ways to obtain guarantees of both employment and investment (which the program already requires) and tracking those to ensure that the benefits materialize. He may want to tweak the program to ensure that it is affordable and funded in a stable and predictable way. But how is a program that generates such a tremendous return considered anything but a long-term winner? The Governor should not eliminate a program that spurs growth, protects the environment, and helps our core cities. Anything else would be throwing the baby out with the bathwater.