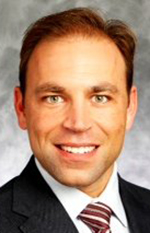 STERLING HEIGHTS — Brian Pilarski, a commercial agent and counselor at Brown & Brown, has been promoted to sales leader for the insurance firm.

In his new role, Pilarski will provide support and guidance to the producers. He will also work in the areas of workforce development, regional growth, and overall strategy.

Pilarski, of Birmingham, has been with Brown & Brown since 2008 and his promotion was based on his history as a top performer for the agency. He has received numerous national awards stemming from his new business production, client retention, and mentorship.

He earned his Bachelor of Science in Business Administration from Central Michigan University and his MBA in management from Walsh College.