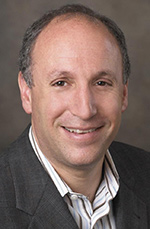 CEO Richard Broder of Broder & Sachse Real Estate Services is a regional finalist for the EY Entrepreneur Of The Year 2016 Award.

The awards program recognizes entrepreneurs who demonstrate excellence and extraordinary success in such areas as innovation, financial performance, and personal commitment to their businesses and communities. Broder was selected as a finalist by a panel of independent judges. EY is a global provider in assurance, tax, transaction, and advisory services. Award winners will be announced at a special gala event on June 23 at the Detroit Institute of Arts.

Broder has been in real estate for more than 30 years. He began his career with Farbman Stein and Co. in Southfield as a property manager and leasing agent. He later became executive vice president and was responsible for the firm’s entire operations, including management of more than 12.5 million square feet of commercial, retail, office, and residential real estate. He later joined Todd Sachse and co-founded Broder & Sachse Real Estate. The Detroit-based management and development company, manages 70 properties totaling more than 6.7 million square feet across the country, including Class A office, retail, mixed-use destinations, and multifamily developments.

He is active and on the boards of the International Association of Hebrew Free Loans, Jewish Federation of Metro Detroit, and The American Red Cross.

Broder, of West Bloomfield, earned his Bachelor of Arts in urban studies from the University of Michigan.