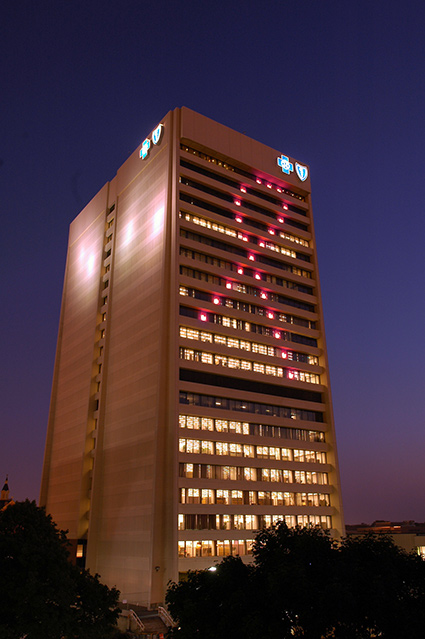 Blue Cross has a tradition of spotlighting important causes and special events with light displays. The pink ribbons will remain on the building, illuminated each night, throughout the month of October to draw attention to breast cancer and remind the public of the importance of early detection.