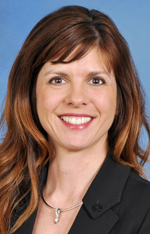 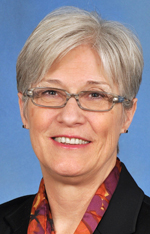 —The Blue Cross Blue Shield of Michigan Board of Directors re-elected Gregory A. Sudderth of Gladstone in the Upper Peninsula to his 12th year as board chairman, and re-elected Spencer C. Johnson of Okemos to his sixth year as board vice chairman. In addiion, two new board members, Laura Swartzmiller and Karla Swift, were appointed to board seats.

Sudderth is president of Executive Labor–Management Services Inc., a company specializing in addressing the needs of private and public sector employees and their respective local unions. The company has offices in Gladstone and Farmington Hills. He represents the small business community.

“Greg Sudderth has the right combination of talent and skills to guide our business in this time of tremendous change in health care,” said Daniel J. Loepp, BCBSM president and CEO. “His business knowledge, vision for change, and commitment to the unique mission of Blue Cross Blue Shield of Michigan are invaluable as we strive to compete successfully in this new environment.”

Johnson, who is serving his sixth term as the board vice chairman, is president of the Michigan Health & Hospital Association. The MHA is the principal statewide advocate for hospitals, health systems and other health care providers committed to improving community health status. He represents hospitals on the board.

“Spencer Johnson has contributed tremendously to enabling our company to partner with hospitals on accomplishments that have improved patient care for residents throughout the state,” Loepp said. “These partnerships have been recognized locally and nationally as models for the health care industry.”

Swartzmiller, below, of Howell, is director of health and welfare benefits for Ford Motor Co., was appointed to a two-year term to represent large groups-management. Swartzmiller previously served as director, total rewards-benefits, at Trinity Health and as manager, labor relations, at Sparrow Health System.

Swift, right, president, Michigan AFL-CIO, was appointed to a two-year term to represent large groups-labor. Involved in the labor movement since 1979, Swift led several joint labor-management programs, including the national UAW-GM employee assistance program and UAW-GM Quality Network—an innovative labor-management partnership. Swift, of Livonia, has been a tireless advocate for women and families throughout her career.

The BCBSM board seats 35 directors. Eight seats are filled by medical professionals, four by gubernatorial appointees and a nonvoting seat is filled by the company’s chief executive officer. The remaining 22 seats are filled by Blues customers from large, medium and small groups, and individual subscribers.