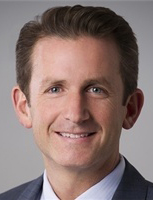 VanDyke, of Birmingham, founded Bloomfield Hills Financial in 1999 after working a number of years for another franchise financial advisory group. Since 2011, Barron’s has recognized VanDyke as one of the top 1,000 financial advisers in the nation.

VanDyke is a graduate of Michigan State University.