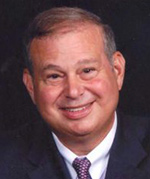 Southfield-based Beyond Basics, which provides literacy support programs to schools in Detroit and Pontiac, has named Joseph R. Corace as its chief operating officer.

Most recently, Corace served as executive vice president of Farrow Corp. In addition, he was formerly COO of Cornerstone Schools Association in Detroit, where he had responsibility for the five-campus private school system that services more than 1,200 students. In addition, Corace helped plan the Arnold Palmer Invitational Golf tournament, one of the largest fundraisers ever run in the United States.

Corace, of Clinton Township, was inducted into the Wayne State University College of Engineering Hall of Fame and was a 1998 Michigan Entrepreneur of the Year Finalist from Ernst & Young. Past and present Board affiliations include: Young Presidents Organization, Legatus, Detroit Cristo Rey High School, Student Mentor Partners, and Walnut Creek County Club. In addition, Corace is an adjunct professor of engineering and marketing at Wayne State University and Walsh College.

Corace earned a Bachelor of Science in mechanical engineering from Wayne State University and a MBA from Central Michigan University.