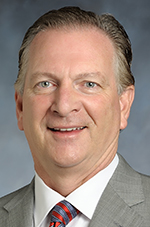 He will continue to serve as president of Beaumont in Farmington Hills until a successor is named.

LaCasse, of West Bloomfield, has served as president and CEO of Botsford Health Care since 2005. His role expanded earlier this year to include responsibilities with Beaumont Health, the new organization formed through a merger of Beaumont Health System, Oakwood Healthcare and Botsford in September 2014.

LaCasse is board-certified in emergency medicine and a Fellow of the American College of Osteopathic Emergency Medicine. He joined Botsford  as an emergency physician. He earned a bachelor’s from the University of Michigan and a doctorate in Osteopathic Medicine from Michigan State University.