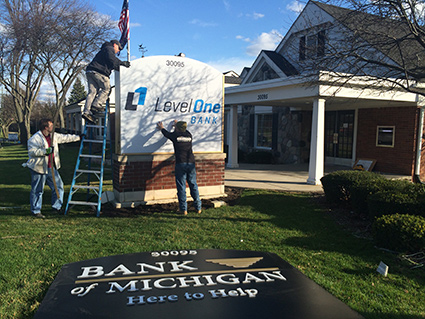 The financial transaction between the two banks was completed in February and expands Level One Bank’s branches to 11 throughout Oakland, Macomb, and Wayne counties. Terms of the agreement were not disclosed. The result is one of the largest, locally owned independent community banks in Oakland County with assets of approximately $1 billion.

“We remain committed to continuing Bank of Michigan’s tradition of exemplary client service and support of money services businesses,” says Patrick J. Fehring, president and CEO of Level One.

Founded in 2007, Farmington Hills-based Level One Bank has completed three prior acquisitions in the past six years, including Michigan Heritage Bank in 2009, Paramount Bank in 2010, and Lotus Bank in 2015.