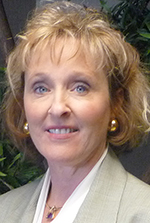 Kaufmann, who plans to move to Grosse Pointe, holds a doctorate in educational leadership and policy studies from Wayne State University, Detroit, a master’s in sociology from the University of Toledo and a bachelor’s in social sciences with a secondary teaching certification from Siena Heights College in Adrian.