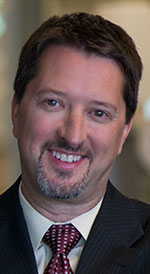 Tom Kelly has been appointed the executive director of Automation Alley in Troy, a technology business association. In his new role, Kelly will oversee strategic planning, financial and personnel matters, and ongoing activities of Automation Alley.

Kelly, of Huntington Woods, received his bachelor of science in electrical engineering from Clarkson University in Potsdam, New York, and a Master in Business Administration from the University of Michigan in Ann Arbor.