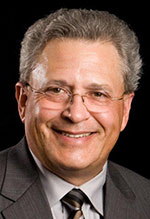 BLOOMFIELD HILLS — Attorney Alan M. Kanter, an attorney for Vestevich, Mallender, DuBois & Dritsas PC, has been recognized for years of dedication, leadership, and excellence in law and as the first member of the State Bar of Michigan elected as a fellow in the College of Commercial Arbitrators, a national organization that promotes the highest standards of integrity, professionalism, and practice in the field of commercial arbitration.

Kanter has served as the chair of the State Bar Alternative Dispute Resolution Section, and  serves as a member of the Alternative Dispute Resolution Section Council. For many years he has served as a member of the ADR Committee of the Oakland County Bar Association. He is a Distinguished Fellow of the International Academy of Mediators, a long time member of the American Bar Association’s Franchise Forum, and is a fellow of the the National Academy of Distinguished Neutrals, and one of its executive committee members of the Michigan Chapter.

He earned his Bachelor of Arts in history and his juris doctor from Wayne State University.