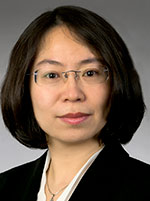 Liu, of Ann Arbor, recently finished an internship with Judge Christopher P. Yates of the Kent County Circuit Business Court in Michigan, and she previously worked with Justice Stephen J. Markman of the Michigan Supreme Court.