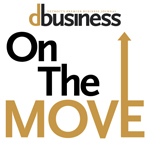 The newly named directors, whose positions began in 2015, include:

Martha Cavazos, of Detroit, is an employment brand champion with Fiat Chrysler Automobiles US, LLC.  Also, she is a fellow with Challenge Detroit, an urban revitalization project that brings together individuals from varying backgrounds to improve Detroit by working with companies, nonprofits and cultural institutions.

Ezekiel Harris, a social impact designer for the United Way for Southeastern Michigan. In his work at United Way, he specializes in social innovation and human-centered design. Also a Challenge Detroit fellow, he lives in Detroit.

Jennifer Mrozowski, of Dearborn, is an executive director of communications at Detroit Public Schools. She works with internal and external groups and various departments, including the Office of Parent and Community Engagement, to reach parents, guardians, the local community, state and national audiences with the primary goal of shining a bright light on the Detroit Public Schools.

Gurunath Vemulakonda, a principal engineer at Ford Motor Co. in the Automotive Safety Office, where he works at the intersection of advanced collision avoidance technologies and rulemaking. In this role he interfaces between internal research and product development teams as well as external agencies to support shape and influence Ford’s policies, industry positions and government rulemaking in this rapidly evolving field. Vemulakonda resides in Canton.

Additionally, Cavazos, Harris and Vemulakonda serve on Arts & Scraps’ executive committee. Mrozowski is a board member at large.