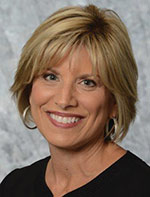 Charles has served as the director of corporate communications for Art Van Furniture. Her responsibilities include elevating  brand awareness and reputation through media relations, community partnerships, internal and external communications, and innovative event marketing.

Prior to joining Art Van Furniture, Charles spent more than 25 years in television broadcasting. She won more than a dozen Emmy awards and a National Gracie Award for her work on WXYZ-TV (Channel 7) and HGTV.