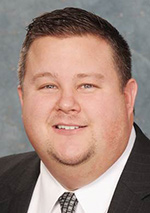 Peter Langley has been named the new executive director of the Associated Petroleum Industries of Michigan, a division of the American Petroleum Institute, which represents all segments of nation’s oil and natural gas industry.

Langley will focus on energy priorities in the state, including generating more opportunities for economic benefits, and creating jobs in Michigan. He most recently served as deputy chief of staff and legislative director for Senate Majority Leader Arlan Meekhof. Previously, he served in the Senate Majority Policy Office, overseeing staff to prepare legislative analysts for the Senate Majority Caucus in developing legislation as it was negotiated through final passage.

Langley, of Jackson, earned his Bachelor of Science from Northern Michigan University and his juris doctor from Thomas M. Cooley Law School.