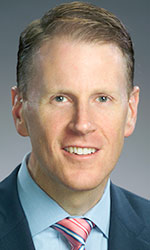 DETROIT — Charles Moore, who recently played a pivotal role in the historic restructuring of the city of Detroit, has joined Alvarez & Marsal as a managing director in the firm’s Detroit office.

Moore, a nationally renowned expert in operational restructuring, turnaround consulting and interim management, helped facilitated the development of the $1.7 billion reinvestment plan, one of the pillars of the Plan of Adjustment for the City of Detroit, which emerged from bankruptcy in December 2014 following the largest municipal filing in American history. He also served as operational advisor to Detroit Public Schools and provided expert testimony in the Stockton, California bankruptcy.

Beyond his municipal expertise, Moore is widely recognized for his work in the automotive and gaming and hospitality industries. He led Greektown Casino and Hotel, the first commercial casino owned by a Native American Tribe, through its landmark bankruptcy reorganization. He holds a gaming license in the State of Michigan and has worked with gaming clients in New Jersey, Pennsylvania, Connecticut, Ohio, Maryland, and Nevada. Moore regularly consults with automotive suppliers on strategic issues, including mergers and acquisitions and capital raising.

Previously, Moore worked at Conway MacKenzie Inc., where he served as a senior managing director. Earlier in his career, he served as CFO for Horizon Technology Group.

Moore holds a Bachelor of Arts and a MBA from Michigan State University. He is a Certified Public Account, a Certified Turnaround Professional and is certified in Financial Forensics.