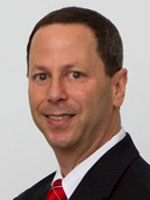 TROY — Altair today announced the appointment of veteran financial executive Howard Morof as the company’s chief financial officer. Morof has served on the Altair board of directors for the past two years and has extensive experience with high-growth companies as well as expertise in capital markets, mergers, acquisitions, and joint ventures.

As chief financial officer Morof will be responsible for Altair’s global corporate financial strategy. Morof will further build on Altair’s consistent record of annual growth throughout its 27-year history. During 2012, Altair’s success has been reflected in rapidly growing new client and expansion sales in the automotive, aerospace and other industries. Today, Altair operates from offices in 19 countries serving more than 3,000 customers worldwide.

“Howard is a very experienced financial executive with significant knowledge and a sophisticated understanding of our business,” said Altair Chairman and CEO James Scapa. “His talent for successfully leading corporate expansion and financial growth places him in a key role for Altair’s future development.”

“Having served on Altair’s board, I have a high level of respect for Altair’s business success and see this as an exciting opportunity to take an active role in Altair’s continued growth strategy,” said Morof. “I look forward to working with our executive team and partners to continue to build upon Altair’s momentum.”

Morof is a certified public accountant, having earned his master’s degree in taxation at Walsh College and his Bachelor of Business Administration at the University of Michigan. He and his family reside in Farmington Hills.