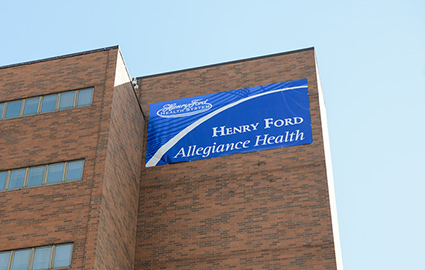 “We look forward to combining nearly 200 years of care and service to benefit the residents of Jackson and the surrounding communities,” says Nancy Schlichting, CEO of Henry Ford Health System.

Bob Riney, Henry Ford Health System COO, says the partnership will invest $300 million in the Jackson community and surrounding areas over the next five years, a portion of which will be raised through Henry Ford Allegiance Health’s foundation. The investment will be used for new facilities, information technology and other new programs and services.

“For Henry Ford, this new relationship will help us extend our reach beyond southeast Michigan and broaden our expertise,” says Wright Lassiter III, president of Henry Ford Health System. “Going forward, the two groups will work together to share best practices and create innovative approaches to patient care.”

Allegiance Health physicians, executives, and community members will continue to represent local interests on the board of trustees and governance committees, as well as other leadership roles.