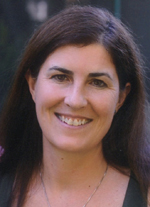 DETROIT — The American Institute of Architects Michigan has named its president and vice president/president-elect for 2013.

Tamara E. L. Burns, AIA, LEED AP, left, is the 2013 president of the AIA Michigan. She is co-founder and principal of HopkinsBurns Design Studio which specializes in the preservation, restoration, and adaptive reuse of existing buildings and in the design of new places in downtown neighborhoods that are context sensitive and respectful of heritage. Burns has also been active in the local level of the American Institute of Architects, serving as president of the Huron Valley Chapter.

Since 2011, Burns has chaired Ann Arbor’s Design Review Board which reviews large development projects in Ann Arbor’s downtown, providing an opportunity for early dialog with the developers on the values of the community. Burns is a native of Ann Arbor where she received a bachelor of science in architecture from the University of Michigan. She earned her master’s in architecture from the University of California at Berkeley and lived in the San Francisco Bay Area for 13 years before moving back to Ann Arbor where she now lives. 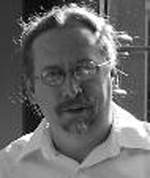 Paul Dannels, FAIA, right, has been named the 2013 vice president/President-Elect of AIA Michigan. He is a founding principal at SDI-Structures, where he develops innovative structural systems for buildings on behalf of numerous aspiring and accomplished architects. Dannels’ designs have received many awards and recognitions including three AISC IDEAS awards, the steel industry’s highest honor for building design. His completed projects include the Broad Art Museum at Michigan State University, the Law Commons at the University of Michigan, and the Lamar Corporate Headquarters in Hudsonville.

Dannels’ is the 2013 President Elect of AIA Michigan, and has served in leadership of many non-profits including Habitat for Humanity of Huron Valley and the Center for Faith and Scholarship. He is from western New York.  He studied engineering and architecture at the University of Michigan and worked as a construction engineer in remote northern Michigan before founding SDI-Structures with his business partner Andy Greco, PE.

The American Institute of Architects Michigan, headquartered in the historic Beaubien House across from the Renaissance Center in downtown Detroit, is dedicated to bringing public attention the value and importance of architectural excellence and to recognize those whose notable achievements encourage all to make excellence in architecture the standard.