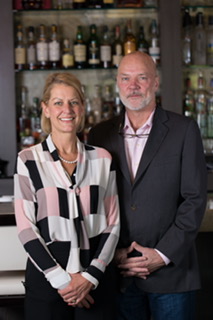 Keith Schofield joined AFB Hospitality Group this February as the general manager of Bistro 82. He has more than 30 years of restaurant experience, with expertise in both front and back of house operations. Prior to AFB Hospitality Group, Schofield served as food and beverage director at MGM Grand Detroit, director of restaurant operations at The Townsend Hotel in Birmingham, and senior managing partner of the Matt Prentice Restaurant Group.

“Our venues are continuing to grow at a rapid pace, and so is our team,” says Aaron F. Belen, owner of AFB Hospitality Group. “The Schofields, a true husband and wife duo, both enjoy accomplished hospitality careers, from which our team hopes to learn and grow.”