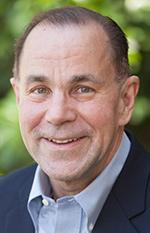 John Koszewnik, chief technical officer at Achates Power tin Farmington Hills, has been elected to the National Academy of Engineering.

Koszewnik was recognized for improvements in the design, development, and production efficiency of vehicle engines. Election to the the academyy is among the highest professional distinctions accorded to an engineer.  Koszewnik is one of just 80 new members, along with 22 international members, elected this year.

In his role a chief technical officer, Koszewnik leverages his nearly 40 years of engineering experience in the powertrain industry to further the development of Achates Power¹s clean, efficient internal combustion engine design. Koszewnik spent  nearly 30 years at Ford Motor Co. serving as the lead for all gasoline V6, V8 and V10 engines and also as director, North American Diesel. Prior to joining Achates Power, Koszewnik was director of production development for FEV Inc., and was senior vice president at Case New Holland, overseeing 10 engineering centers worldwide.

Koszewnik holds a bachelor¹s degree in engineering from Stevens Institute of Technology and a master¹s degree in general management from Harvard University.