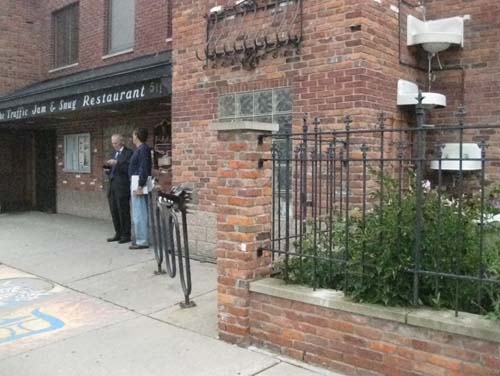 As someone who has invested heavily in Midtown, discussions of right sizing the city are encouraging. Moving city residents and shrinking services, however, is not the answer. The city government would be better served by creating an environment where people want to move. Here’s why:

Logistically — Somehow enticing residents to leave isolated areas to reduce the amount of city service allocated to that area would be extremely difficult to implement and would leave areas that still require many, if not all, city services including police, illegally dumped refuse collection, infrastructure maintenance, and animal control. The loss of all tax revenue from these areas would offset any savings.

Furthermore, relocation is expensive, and residents may take the relocation incentive, assuming it is some sort of payment, and opt to leave the city altogether. This relocation does nothing to increase the taxpaying landholdings within the traditional city limits.

Morally — Many of these “holdouts” have worked their entire lives and if they had wanted to move, they would have. Opposition will be fierce, with the city theoretically on the hook to pay potentially inflated property values.

Thematically — Cutting city services to these areas in order to drive residents out sends an extremely negative message, perpetuating the “city in decline” mindset. National and international press would descend upon this. It doesn’t have to be this way.

My proposed solution is the creation of semi-autonomous regions within the city limits — reverse engineering the borough system of New York City.

For example, take a 15- to 20-square-mile area centered around a viable neighborhood (Rosedale/Grandmont, East English Village/Morningside, Southwest/Corktown, Boston-Edison/Northend, etc.) allow/promote their ability to create a smaller form of “borough council” — perhaps hire a “borough manager” — and have that borough keep some of the tax income to contract for its services.

More specifically — Detroit homesteads are taxed at approximately 54 mils (without the solid waste fee) — most suburbs are 45 mils or less (with no garbage fee). Have the 20 square mile “Rosedale” borough pay to the central city 10 to 15 mils to account for past bonding, etc., and allow the borough to utilize the 30 or so mils for the abovementioned responsibilities.

They might contract with Wayne County for police, Detroit for fire, Waste Management for solid waste, Consumers for public lighting. This puts the new borough on par tax wise with its immediate suburban neighbors. It also addresses the very real inability of the city to deliver essential services. Most importantly, this proposal would spur development in the city instead of reducing it.

People moving into these “boroughs” will generate tax revenue, not only to the borough’s coffers, but also to the central city. Any net increase to any of the newly formed boroughs will be a net increase to the city as a whole.

Nothing in this proposal should be construed as dividing up the traditional city. Each of these boroughs would still be considered the city of Detroit, however this proposal embraces a smaller, and more responsive, form of government to meet the needs of its immediate population. The recent referendum on council by districts demonstrates residents’ demand for a more representative, responsive government. This plan fits with that sentiment nicely.

There is precedent for this, although the creation of this metropolitan form of local government went the other way — out into the unincorporated townships surrounding Minneapolis, and the incorporated towns surrounding Manhattan. Detroit is at a point in its history where it can write the rules for the rebirth of a declining industrial urban center.