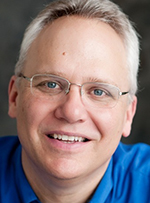 DBusiness Daily News spoke with Richard Sheridan, CEO of Ann Arbor-based Menlo Innovations and the author of Joy, Inc., about creating a culture of “joy” at his company, and how to attract employees that embrace his company’s culture.

1. DDN: Describe the culture at your company?

Author Simon Sinek says, “People don’t buy what you do, they buy why you do it.” And so what do we believe about Menlo? What we fundamentally believe in is what we call the business value of joy. Our culture is focused on one, crazy, single idea and that is what we believe with what we’ve created is we can end human suffering in the world as it relates to technology. It’s a big goal. We will never run out of work but we’re going to do that by focusing on delighting the people who use the technology.

We’ve crafted an entire company around this one simple idea. That is: the end-users of software shouldn’t be frustrated, shouldn’t be made to feel stupid, shouldn’t have to write “Dummy’s” books — they should be able to intuitively understand the software that our team has designed and built because we took them into consideration while we were doing it. It’s an unusual mission and it’s an important mission because there’s not a company in existence today that can run without its software.

We crafted the inside culture of Menlo to systematically produce the results we wanted for the world. It’s palpable. When you walk into our building, it’s expressed in the space — it’s a big open room. When you see how our team works, it’s palpable, because they work in pairs, two to a computer. So there’s a tremendous human energy here at Menlo. We focus all of our attention on creating that human energy. We don’t believe for a second that tired people can create great software.  We don’t believe it’s possible to produce joy in the world unless there’s joy in the room.

2. DDN: Is creating a culture of joy something that you and your co-founders sat down and planned out or did it come naturally?

No, it was very (much planned) at the beginning, mainly because of the two years just before the dot-com bubble burst when (my co-founder) and I together had crafted much of this inside an old public company that a part of blew up when the Internet bubble burst. We had learned some really fundamental lessons about how to build a different kind of software team in those two years. So when we went to start Menlo, we took all the lessons we had learned in the previous two years. We had a pretty good plan on day one. Now, of course as at all companies, we continue to evolve and try new things and so on, but a lot of the basics were in place on the first day.

3. DDN: Is there anything that you planned that you realized didn’t work and you had to change gears?

We believed in the beginning that what we could do is train up people in our system and place them out in the world — almost like a staffing company — but in the midst of working like that, they could almost be sort of transformation agents in the companies they were placed in. In other words, you wouldn’t just be hiring people to be butts in seats, and sit and do technical work that the companies do, but our technical team when they come on to (the company’s) side, would bring a different spirit and energy. It would be infectious. We were wrong. The corporate system would crush our team’s spirit and our team would do the work and they would be done and it would be a little bit better than what they’re team would have done without us. But it wasn’t nearly compelling enough for either customers to keep coming back nor for, quite frankly, our team members to stay part of our company. They got done with those projects and then quit on us because they said “you’re not different than anybody else” and at that point, (my co-founder) and I realized we were beginning to lose the dream. That’s when we took a fundamentally big turn in what we were going to do and that’s when we built what we call the Menlo Software Factory. We realized we needed to make it safe. We needed to have a support system all around us to make sure that we could consistently pursue what we new worked so well.

4. DDN: How do you attract talent, and find people that fit into your organization?

Often, our very public tours become a great place for people to come in and kick our tires a little bit — see if this thing they’ve read about or heard about is even close to what was being described. We’ll often get some early leads from that for talent. The other place that’s unexpected but so consistent and delightful — it will sound like a joke but it isn’t — people regularly offer us their children. An executive comes in here, we had a CEO of a $500 million a year Tier 1 automotive supplier come in and he walked through and he went home at night and told his son, who’s probably near 30 at this point, “You should go check out Menlo Innovations. I think it’d be a place you’d like to work.” So the son — not quite believing his dad because sometimes parents are wrong — at least in the minds of their children, came in and checked us out. Well, he joined our team and he’s been a great addition to the team. One day, I asked him in front of a group of employees, “Did you have a job before you came here?” He said, “Yeah, I was working for my dad’s company.” When you create a compelling culture, word spreads like wildfire.

5. DDN: Are there any qualities you look for in potential employees?

Good kindergarten skills. Do you play well with others? Do you share? If you ask anyone here at Menlo what’s the No. 1 thing you look for, that’s the first thing that comes out of their mouths. In our space, we’re working two to a computer, we work in pairs, we assign the pairs, we switch them every five working days, and the pairs themselves are working shoulder-to-shoulder inside of a big open room. You might imagine why collaboration, sharing, playing well with others, not hitting, biting, scratching, is really, really important. Are you still curious? Do you still want to learn new things? Do you still have that little kid enthusiasm for our industry? There are people who come here who have lost that but they can find it again once they’re here. So we give them some space to rekindle that flame that perhaps got snuffed out at some terrible job years ago and they don’t think they’d get it back again.

Sheridan is the keynote speaker at today’s talent symposium presented by the American Society of Employers in Troy.