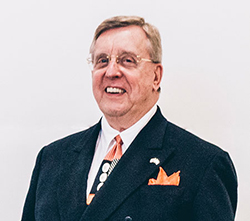 Detroit was once a growing city, with prosperous companies producing wagon wheels and buggy whips, although there were people who seemed bent on restricting or banning horseless carriages. Those who recognized the opportunity motor vehicles presented became titans of American industry, while those who remained stuck in the ruts of horses and carriages were simply rolled over.

While Detroit is now experiencing a renaissance, with prosperous companies producing steering wheels and accelerator pedals, we again find there are some who desire to restrict or ban driverless cars and unmanned aerial systems, known as drones.

Some people seem unaware that Detroit and the state of Michigan have become the epicenter for growth and the expansion of new technologies that are revolutionizing the transportation industry — and will soon make the growth of the auto industry over past 100 years seem pale by comparison.

Of the 100 largest auto suppliers in the world, 61 are headquartered in Michigan.

The state is home to more than 375 technical centers, many of which are loaded with some of most advanced technologies in the world.

More than 1,300 Michigan companies, located in 71 of our 83 counties, are direct contractors to the U.S. Department of Defense.

The state has 300 aerospace companies producing a combined $5 billion a year in technology-based components.

The auto and defense sectors, two of Michigan’s primary industries, are investing billions of dollars each year in technologies in which state-based entities already play leadership roles.

Michigan has one of the largest concentrations in the world of engineers, scientists, and technology-oriented professionals, and each year, our colleges and universities produce more technology graduates than any other region of the country.

While the state is creating a strong climate for business to grow, some people seem “stuck in a rut” and are prone to miss the “turn-outs and exit ramps” to the well-paved superhighways of the future.

The old business adage, “follow the money,” leads to an exciting new industry connected to the auto industry and the aerospace/defense industries, in which billions of dollars in new investment are leading to business and employment possibilities. Because of the auto industry, this new sector already has set down roots in the state. Together, our businesses and corporations, along with the federal government, have started to revolutionize the global transportation and logistics industry — with the potential for exponential progress in sales and jobs.

We’ve all heard about military drones flying in war zones throughout the world, but few people are making the technology connection between those military drones and what the auto industry calls “connected vehicles,” or “driverless cars.”

Still fewer people are making a connection between any of the above and the “mobile robots” that are already revolutionizing the movement of material inside factories and warehouses around the world.

These seemingly very different systems are all based on the integration of interrelated and interconnected technologies that some refer to as “dual-use” technologies. Because of the auto, defense, and aerospace industries that are already based in Michigan, our state has quietly become a global center for many different technologies that are being integrated into these transportation and delivery systems of the future.

This creates both a challenge and a chance for Michigan, and requires stronger collaboration between the business sector, academia, and government. That’s why it’s so important to continue on the path of encouraging our youth to pursue STEM-related degrees and programs (science, technology, engineering, and mathematics) in our schools, colleges, and universities.

Many educational initiatives are promoting STEM education, and one of them is RAVE CAVE (Reconfigurable Automated Virtual Environments and Computer Automated Virtual Environments), which is housed at the Defense Corridor Center for Collaboration and Synergy in Sterling Heights, a nonprofit, public-private partnership between local businesses and the federal government.

Spending time in the RAVE CAVE or visiting our state’s numerous other technology-loaded companies will go a long way toward enticing more young students to pursue a STEM-related field. By continuing to work together to better understand all of the assets Michigan has to
offer, our state will lead the way to a much more exciting world than we previously ever imagined. db