During a career that spanned 40 years as an executive at the highest levels of a half-dozen corporations, Debby Hopkins was twice designated by Fortune magazine as one of the top 10 most powerful women in business (ranking No. 6 in one year and No. 2 in another).

Her name also regularly appeared on the Top 50 list of the Institutional Investor, but as she reflects on her days as a kid growing up in Birmingham, she often wonders how she didn’t follow a very different career path forged by her mother, Gretchen Hitch.

“She wrote the Making the Scene column for the Birmingham-Bloomfield Eccentric for 40 years,” Hopkins fondly recalls. “Everybody wanted to be in Gretchen’s column.”

And virtually everyone was. Not only the local luminaries who attended nightly parties, benefits, and events of note at venues like Meadowbrook Country Club in Northville Township, but also world-renowned celebrities who were just passing through.

“She interviewed Liberace, Liza Minelli, Sophia Loren,” Hopkins says. “Pavarotti once gave her a book, and I came home from school one afternoon and my father pulls me into the kitchen and says, ‘Who’s that guy sitting in my chair?’ and it was Arnold Schwarzenegger.”

Hitch wrote her column every Sunday evening and dropped it off Monday morning at the paper’s office, on her way downtown.

“She worked two jobs,” Hopkins remembers. “She was the executive director of the International Visitors Council, and then multiple nights a week she and my father were in black tie. She was the life of the parties, the joie de vivre — just a very powerful human being.”

Although Hitch died in 2011, she continues to be a driving force in her daughter’s life. “The first time I was in Fortune for that most powerful women list, they ran a picture of my mother sitting on an alligator,” Hopkins says. “I’m looking at it right now because it goes everywhere with me. And when I’m up to my you-know-what in alligators, I just look at that picture.”

Hopkins admits the memories often wash over her — not only of her mother, but of those carefree early years in Birmingham, as well.

“I had an incredible childhood, couldn’t have asked for more,” Hopkins says. “Our house was at 646 Kimberly in Birmingham, right behind Quarton Elementary School. We were on our bikes, out all day, but my father had a bell and a very loud voice. And you better get home for dinner by the time he stopped yelling and the bell stopped ringing. Then we’d eat and be back outside playing kick the can or capture the flag, and nobody ever worried about anybody.”

On weekends, Hopkins and her friends could be found on their bikes, heading for what they all knew as “uptown,” to the Hughes Hatcher Suffrin department store in downtown Birmingham.

“It was actually where the Townsend Hotel is now,” she says. “That was the big event in fifth grade or sixth grade. We’d all go up and down in this stunning round glass elevator, and then afterward go to Kresge’s and have a cherry coke and French fries.”

After elementary school at Quarton, Hopkins moved on to Seaholm High School, where she was the only 16-year-old who wasn’t driving her own car. “My parents weren’t wealthy,” she says.

When it came time for collge, Hopkins says Michigan State University had a wonderful scholarship that she qualified for, so she took it and headed to East Lansing. But after just two years at MSU, she moved back home.

“My dad was struggling with his startup direct marketing business,” she says. “I said, ‘I’m going to come home and see what I can do to help.’ ”

Hopkins enrolled at Walsh College in Troy, and resumed pursuing a degree in accounting. When she lined up an internship at a bank, she says she stayed in touch with the woman who ran the job counseling office at Walsh. “One day I got a call saying she needed me to come over right away,” Hopkins says. “The people from Ford wanted to meet me.”

The meeting led to a job for Hopkins at Ford’s tractor plant in Romeo. “I had a role evaluating capital projects, which blessedly had me wandering through the guts of the plant,” she recalls. “I then got promoted to the world headquarters of Tractor Operations, which was at Coolidge and Maple (in Troy). I was the only woman on the finance staff. It was a real-time MBA.”

Her job at Ford also provided a mortifying moment for Hopkins, who happened to be present for one of her mother’s events at Meadowbrook Country Club on the same day Ford’s chairman, Henry Ford II, was also in the room.

“My mother drags me down to the front row,” Hopkins says, clearly cringing at the memory, “and she said, ‘Henry, I want you to meet my daughter. She works for you.’ ‘Well, young lady,’ he says, ‘what do you do?’ And I tell him I’m on the finance staff, sir. And he says, ‘I’m going to look you up.’ I thought I was going to faint right on the spot.”

Hopkins got through it, of course, and pressed ahead to what turned out to be an eclectic career which, over the ensuing decades, took seemingly unpredictable twists and turns, with Hopkins hopscotching from Zurich to Seattle, then Manhattan and Palo Alto. It also featured high-level stints in the automobile industry (Ford and GM), technology (Burroughs/Unisys), aerospace (Boeing), telecommunications (Lucent), and financial services (Citibank and Citi Ventures).

How was Hopkins able to thrive in such a wide array of industries?

One reason was clearly her aptitude for and innate understanding of what was, at the very beginning of her career, the nascent and unwieldy computer industry — still years away from becoming universally utilized by the masses.

“I kind of got into computers,” she says matter-of-factly. “I taught myself at Ford and then took it to Burroughs, and it allowed me to turn out stuff faster than any anybody else was doing.” 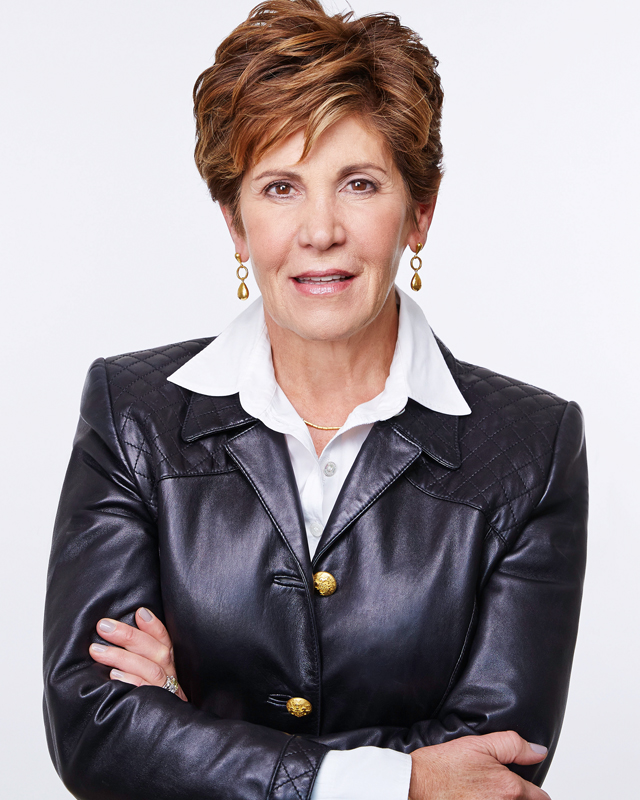 Solely attributing Hopkins’ mercurial rise to her grasp of computers overlooks an equally important explanation which goes back to her roots.

“It turns out I’m a very good storyteller,” she says. “I have a skill to take a very complex problem and simplify it in a way where I can convince others that this is a problem worth fixing, to really kind of break it down. So that’s important.”

It also enabled the nimble Hopkins to take a final sharp turn, near the end of her corporate career, into the financial services sector at Citibank.

“I was recruited to Citi by CEO Sandy Weill,” Hopkins says. “We were on the board of DuPont together. My initial several years there were in more traditional roles — strategy and M&A, operations and technology, and investment banking. The big shift came in 2008, when I was appointed Citi’s first chief innovation officer and CEO of Citi Ventures.”

With the explosion in digital, Citi was motivated to play a strong role in innovation leadership — specifically in Silicon Valley, where dozens of startups were disrupting traditional ways of doing business. When the 2008 financial crisis hit several months after Hopkins assumed her new roles, she knew immediately where she needed to be.

“I suggested heading to the Valley to map out a plan of action,” she says. “Leadership was heads-down, saving the bank. I moved to Palo Alto and had the opportunity to jump in the middle of activities with Apple, Google, Stanford, Berkeley, and leading VC firms like Andreesen Horowitz and Greylock. I was in nirvana.

“We were creating a network Citi didn’t have. We hired people from eBay, Apple, Target, VC firms, and we mapped a course to drive innovation at scale across Citi. A few years in, we were seeing thousands of early-stage companies each year, and invested in the most promising.”

The project at Citi was Hopkins’ last hurrah in the traditional corporate culture, and it was a huge success. “I’m convinced it was because of all the different experiences in my career,” she says. “It allowed me to let the creativity fly while ensuring we were developing something scalable for Citi.”

Hopkins and her husband, David, now live full time in Jackson, Wyo., but she still has lifelong friends and strong connections to her hometown, and her brother, Brad Hitch, is still here, at the helm of Deco Real Estate in Troy.

Hopkins formally retired four years ago, but she hasn’t slowed down. With her husband, she operates Doublechase Advisors, a management consulting business.

She’s also involved in three public companies and two pre-IPO companies. “I love the messiness and chaos of startups, and I adore the passion of the founders,” she admits. “I focus on helping them grow and scale. I’m (also) on the board of trustees of the hospital here, and on the board of  Deep Instinct, an Israeli cyber security company. My life is filled up.”