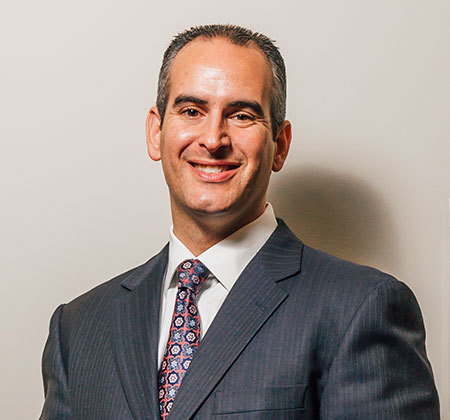 Steve Teper had always dreamed of owning the company he worked for, but never had a plan of how that would become a reality. Then, at a charity event in the summer of 2013, we ran into each other, and since we were former softball teammates, we naturally struck up a conversation.

Teper, CFO of Commercial Contracting Corp. in Auburn Hills, explained there was no obvious succession plan in place, and he was looking for some creative ideas. The challenge was that Teper and his three colleagues were capable of running the company long term, and were able to contribute significant capital, but they lacked the additional resources needed to pay a lump sum purchase price to the current owner, William Pettibone Jr.

The business offers a broad range of services, including general contracting, industrial equipment installation, and construction and facilities management. The company was founded in 1942 as a division of Commercial Carriers Corp. Don Beveridge and William Pettibone Sr. purchased the division in 1946, and in 1961, Pettibone Sr. bought out Beveridge and became sole owner. After his passing, William Pettibone Jr. and his brother,
Michael, each assumed 50 percent ownership. In 2007, Pettibone bought out his brother and became sole owner.

The issue faced by them, and numerous other closely held companies, was not a unique one. However, succession plans (or exit strategies) are challenging to implement for a variety of reasons.

Some multigenerational companies may no longer have family members to take over. Oftentimes, the current partners are at odds over when to sell, how to sell, the sale price, and whether to retire or continue working under new ownership. And, probably the most difficult situation of all is when an owner passes away, and the heirs suddenly take over a company that has no plan in place. Fortunately, there are solutions to these complex issues.

In the case of CCC, Jordan Smith, one of my partners at Schechter Wealth, and I met with Teper and Fragnoli over the ensuing months to learn about their goals and objectives, as well as the legal structure of their entity, potential licensing and employee benefit issues that would arise as a result of an acquisition, and the sales tax implications to CCC and Pettibone.

Smith, an estate and tax planning attorney by training, and I, also an attorney, began
devising a proposal for CCC, which included creating an LLC to purchase non-voting stock, executing an interest only note by the new owners, and purchasing a life insurance policy as security for the debt. Life insurance, when structured appropriately, can be an incredibly powerful problem-solving tool.

The key components of our proposal offered security for Pettibone through a uniquely funded life insurance policy that Schechter designed to only require two premiums in the first 15 years.

Teper and his partners, as well as Pettibone, were intrigued with the proposal. Discussions continued with the help of CCC’s team of tax advisers at PwC in Detroit, and lawyers at Couzens, Lansky, Fealk, Ellis, Roeder, and Lazar in Farmington Hills. Multiple issues were carefully considered, researched, discussed, and resolved to the satisfaction of the parties. In December, the deal finally closed.

There are a few key lessons of the CCC story. First, it is never too early to start succession planning. The new owners of CCC and Pettibone had been in discussions with their advisers for months before Teper and I reconnected. The lack of either external or internal pressures to create a sale helped pave the way for one that was in the best interest of all involved.

Second, it is important to work with advisers who are experts at negotiating and implementing multimillion-dollar transactions. In addition, when experts in law, tax, insurance, etc. are all involved, they should have an open line of communication throughout the entire transaction so that all issues are identified and resolved timely. CCC’s advisers all stayed in close contact from start to finish.

Finally, have an open mind to a creative and potentially nontraditional financial strategy. For CCC, it was a uniquely designed and competitively priced life insurance policy that became the game-changing component to the entire transaction. db

BRADLEY K. FELDMAN is vice president at Schechter Wealth, a boutique, third-generation wealth advisory firm in downtown Birmingham. He is also an attorney and a chartered life underwriter.