The smell of gasoline fills the air of the small shop, and the clinking of tools echoes from the bottom of a black Chevrolet as a mechanic works on his latest repair. Overseeing the work is Justin Cialella, a self-proclaimed “car guy” who once sold insurance.

Cialella and his wife, Lauren, serve as CEO and COO, respectively, of Victory Lane Oil Change, an auto maintenance franchise based in Canton Township. In addition to oil changes, the shop’s services include transmission fluid, gearbox, radiator, and antifreeze and coolant changes. Cialella says his mission for the company is providing customers with services that can be performed in 22 minutes or less. 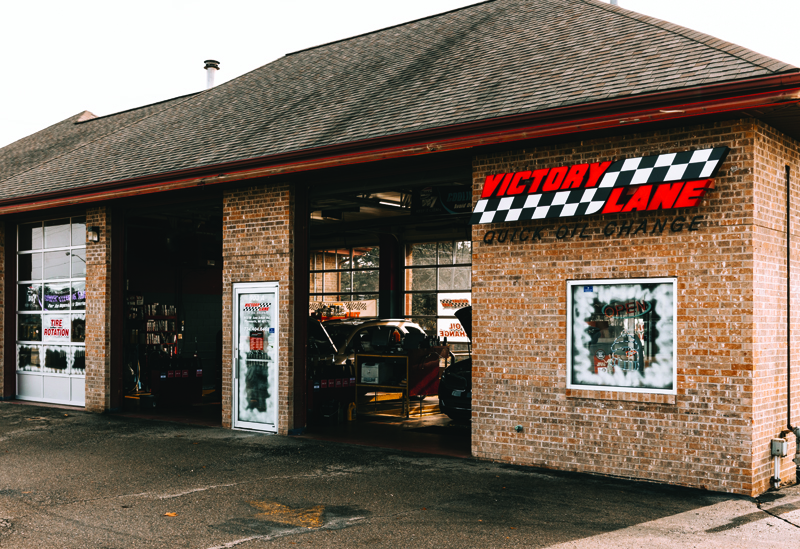 “Our consumers’ time is extremely valuable and very short,” he says. “They’re not looking to be tied up for an hour or multiple hours at a dealership or independent auto repair facility to get maintenance done.”

In 2009, Cialella quit his job as state manager for Progressive Insurance. He says he knew he wanted his next job to be in the automotive industry, so he and Lauren became franchisees for Victory Lane. The couple, who originally franchised four stores, eventually expanded that number to 10, and Lauren left her job as a marketing executive for a publishing firm to help run the franchises full time. In 2014, the Cialellas became the owners of Victory Lane after acquiring the company from former owners Derrick and Jane Oxender.

Along with promising a short wait time, the Cialellas produce their own line of car products, including cooling system cleaning fluid, oil system cleaner, and engine flush treatments.

In addition to performing maintenance on standard vehicles, Victory Lane also services hybrid cars. The company is developing ways to provide repairs for electric cars, as well, and Lauren points out that even as the automotive industry incorporates more technology, newer vehicles will need routine maintenance. 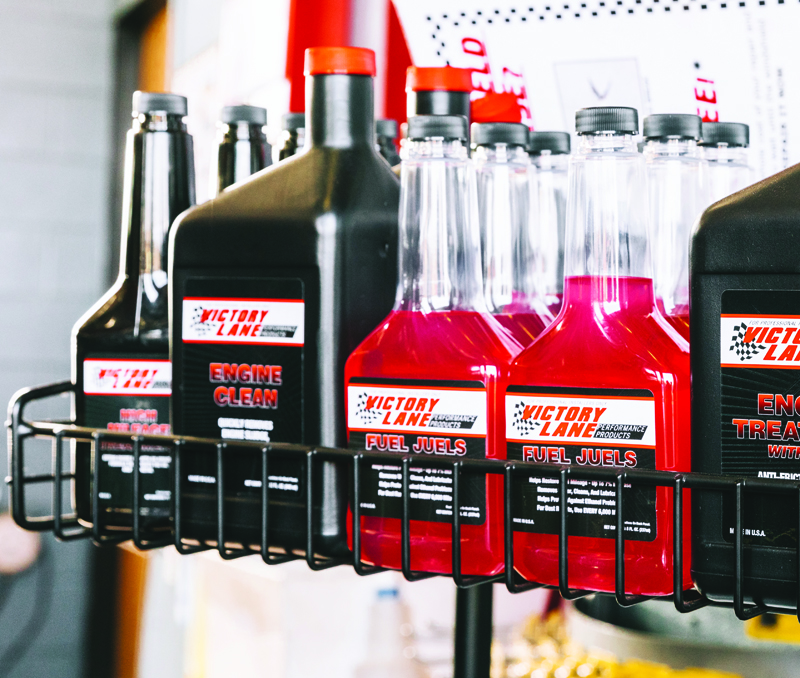 “(Hybrid cars) still need their tires rotated, they still need transmission service,” she says. “People seem to think that they’re completely different, but they’re not. They have a different fuel system, and that has changed dramatically, but the overall pattern of a hybrid isn’t that different from your average gasoline car.”

Victory Lane has 33 locations, 130 employees, and earned revenue of $15-$20 million in 2015. Next year, the franchise plans to expand. The Cialellas recently signed a new franchisee in Kentucky, and that shop is expected to open in March.  The location will be the first of three planned sites in Kentucky. Victory Lane also plans to open shops in Illinois, Missouri, Tennessee, Florida, North Carolina, and South Carolina in the next two years.

Although the Cialellas are expanding their business into different states, the couple says they will continue to have a strong presence in metro Detroit.

“Detroit is the automotive capital of the world, and Victory Lane fits into that motif,” Justin Says. “We’ll always be here.”

Regarding the franchise’s future, Cialella says he wants to open 10 to 15 new locations in the next five years, while Lauren hopes Victory Lane will become a top 20 contender as one of the largest quick lube franchises in the U.S.

The Cialellas love being entrepreneurs. Both enjoy the flexible schedules that allow them to engage in activities such as taking their daughter ice skating and going on vacations.

“The nice thing about being your own boss is that you’re in control of your own growth, income, and potential,” Lauren says. “It makes your life much more of your own making, as opposed to constantly having to work on someone else’s schedule.”