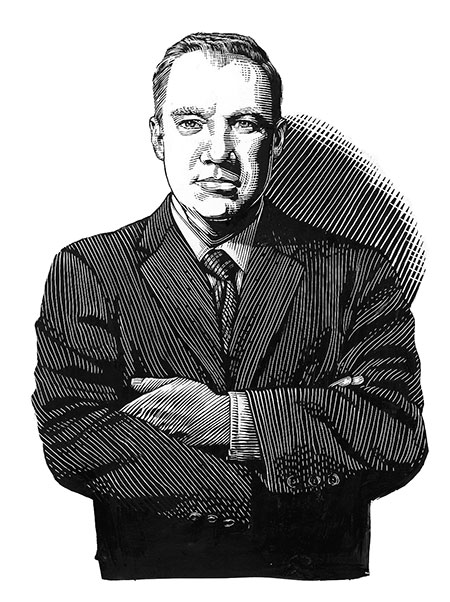 Public transportation in metro Detroit hasn’t been much to write home about. Without a car, it’s tough to find reliable, affordable transportation to shop, work, and play.

Part of the challenge of expanding public transit is that most every system around the world is subsidized to some extent, including the city’s upcoming M-1 Rail line along Woodward Avenue. The project will span 3.1 miles from downtown to New Center when it opens next year; however, getting people to use the service will be half the battle.

For potential customers who live more than 10 or so blocks from a station, the walk back and forth may be difficult during severe weather. Although the M-1 stations will be enclosed and climate-controlled, for some — such as seniors and those with disabilities — a walk of 10 blocks or more may be out of the question.

To bridge the gap, the nonprofit Transportation Riders United is recommending the development of a commuter feeder system to connect potential riders with a quality public transportation offering. In addition to M-1, state and local leaders are planning to operate a dedicated rapid bus system that connects downtown Detroit to Mount Clemens, Rochester, Northville, and other outlying areas.

As transit advocate Richard Thibodeau notes, the key to a successful system is making sure it is reliable. The reason voters have a difficult time supporting public transportation initiatives in the region is the low number of riders. But if more people could be delivered to a bus or a light rail station, the potential for success rises considerably.

So the $64,000 question becomes, how do you develop a reliable feeder system for public transportation? Thibodeau, who has traveled the world and studied mass transit systems including those in London, Paris, Istanbul, Hong Kong, Bangkok, and other metropolises, notes that close to one-third of the population in metro Detroit are too young, too old, or physically or financially unable to drive.

Compounding the situation is the fact that “in the next 25 years, our population of those over 65 will double; (and) those over 85 will nearly triple,” he says. “We must keep our seniors as mobile as possible. Many of them have money in their pockets, and we need to help them spend those dollars in their neighborhoods and communities.”

Thibodeau suggests a feeder system of vans and small buses could deliver people to the rapid and large bus lines, as well as M-1. If the plan works, public transit would generate more revenue, require fewer subsidies, and potentially add more lines or routes.

The feeder system would be paid for mainly will ridership fees, along with some subsidies, Thibodeau maintains. “I believe the subsidy would be well-justified if it substantially increases ridership numbers on the large and rapid bus lines, which would make the whole system more efficient and affordable.”

Next year, voters will be asked o approve the funding for the rapid bus line. Details of the proposal are still being worked out, but for it to be successful, Thibodeau’s idea of creating a feeder system has merit. The recent story in the Detroit Free Press which chronicled the daily commute of James Robertson, who was walking up to 21 miles per day to and from work, only adds to the urgency that metro Detroit embrace public transportation like never before. db