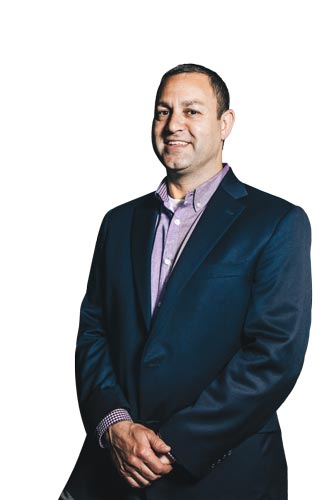 Motown, the Motor City, and the Arsenal of Democracy are powerful Detroit nicknames that resonate with people around the globe. They’re symbolic of Detroit’s world contributions and proud manufacturing heritage, and are emblematic of her significant place in world history.

In the spring of 2016, an additional motto will be embraced and history will be made again as the newest U.S. Navy warship, the USS Detroit, will be commissioned along the downtown Detroit shoreline. Her motto, “Swift Vigilance,” and the associated commissioning events, will be uniquely Detroit and most memorable.

Detroit is no stranger to having a maritime presence in the area, and the region has a rich heritage of commerce and activity along the river. In fact, the first USS Detroit, which dates to 1813, was a 12-gun ship that was captured from the British during the Battle of Lake Erie. The U.S. Navy was victorious in the battle and gained control of Lake Erie, which allowed the Americans to recover Detroit. This proved to be one of the biggest naval battles during the War of 1812.

Following the American Revolution and the opening of the Erie Canal in 1817, river commerce increased exponentially. For the first time, the East Coast of the United States was linked directly to the 24-mile Detroit River shoreline, along with Lake Huron, Lake Superior, and Lake Michigan.

By the beginning of the 20th century, Detroit’s industrialization was at full throttle and the Detroit River was one of the busiest waterways in the world. To this day, tens of millions of tons of shipping commerce makes its way along the Detroit River annually to ports all over the globe.

The newest USS Detroit is a Littoral Combat Ship, and will be the sixth in U.S. Navy history with Detroit as its namesake. The vessel, which is being built at the Marinette Shipyard in Wisconsin, is a new class of warship, specifically designed to perform in shallow waters near shore.

Longer than a football field, and equipped with a helicopter flight deck, the ship is designed to support a variety of missions including anti-submarine, surface, and mine countermeasure warfare as well as shipping lane protection and humanitarian aid.

The ship’s relatively small crew, with actual multiple rotating crews of 50 sailors, will be based in San Diego. The ship will be forward deployed to Singapore for extended periods, where crew swaps will take place. Like its namesake, the USS Detroit is strong and agile, and will be able to adapt as conditions demand.

The unique seal of the ship was unveiled at the Port of Detroit last year by local officials, members of the Navy, and the ship’s sponsor, Barbara Levin, wife of former U.S. Sen. Carl Levin. The design includes a winged tire as a salute to Detroit’s automotive manufacturing heritage, as well as a partial depiction of the city’s flag. The motto, “Swift Vigilance,” and the mako sharks around it, serve to demonstrate the speed, preparedness, and perseverance required for littoral combat warfare.

The commissioning — a ceremony that puts the ship into active service — and the celebrations leading up to the event represent a unique opportunity for the community, the city of Detroit, the state of Michigan, and our neighbors in Canada to pay tribute to the men and women of the U.S. Navy and recognize its proud Great Lakes heritage. Scheduled for spring 2016, the ceremony will include honors, a presentation of colors, and an invocation, followed by remarks by military and public officials.

Once the ship is placed in commission, Commanding Officer Michael Wohnhaas will take control and the First Watch will be set. The crew will then run aboard and bring the ship to life.

In the days and weeks preceding the commissioning, a variety of receptions, exhibits, educational opportunities, and celebrations will be held for the public. All are designed to engage the community and bring awareness to the mission of the USS Detroit and the nation’s sea services, including the Navy, Marine Corps, Coast Guard, and U.S. Flag Merchant Marine. Sponsorship and financial support around these events will be utilized to provide for the moral support and welfare of the crews of the USS Detroit and their families, as well as veterans of all of the U.S. armed forces.

The Navy League of the United States – Metropolitan Detroit Council is coordinating the events and commissioning ceremony in partnership with the U.S. Navy. “Our role is to show our support for our namesake ship, and let the men and women in the military know we will be there supporting them through the life of their new ship,” says John McCandless, president of the Metropolitan Detroit Council, who retired from the Navy in 1999.

The Navy League is working with businesses, sports teams, the Detroit Historical Museum, and many individuals to raise funds and support for this once-in-a-lifetime event. Companies or individuals interested in learning more about sponsorship opportunities should contact DannyS@sgdetroit.com for more information. db