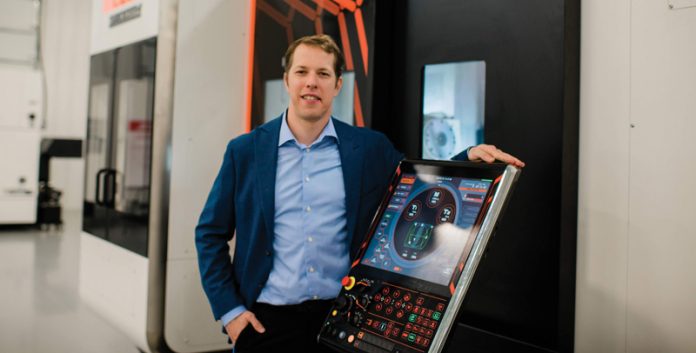 Today’s NASCAR teams are equipped with the very latest in engine, tire, computer, and electronics technology, with the goal of finding the quickest way to victory lane at racetracks from Daytona Beach, Fla., to Fontana, Calif. Brad Keselowski, the 2012 NASCAR champion driver, is no stranger to the cutting edge, and that carries over to the business world.

“Rochester Hills was a great place to grow up,” says Keselowski, now in his 12th season racing in NASCAR’s Premier Series and his 10th driving for Team Penske. “The summers were incredible. It’s a very nice, well-educated town, but not as much of a racing town as I would have wished.”

Keselowski had to venture south to advance his dreams of becoming a champion racer. After a few lean years driving in the NASCAR Truck Series for the family-owned K-Automotive Motorsports, Keselowski made the jump to Dale Earnhardt Jr.’s JR Motorsports in Mooresville, N.C., and in 2008 he won his first NASCAR Xfinity Series race in Nashville.

The first of his 30 career NASCAR Premier Series victories  came in 2009 at the famed Talladega Superspeedway in Alabama. He joined Team Penske full time in 2010.

That Xfinity Series win, the initial conquest of Talladega, and the 2012 NASCAR Premier Series championship — behind the wheel of a Team Penske Dodge — are Keselowski’s favorite on-track memories. Team Penske has since switched to Ford Motor Co. cars in NASCAR.

Keselowski’s first business venture came in the form of Brad Keselowski Racing, which fielded an entry in the NASCAR Truck Series from 2008 to 2017. Ultimately, he shut down the race team to “get into something more sustainable and profitable,” which turned out to be Keselowski Advanced Manufacturing (KAM). The business opened in early 2018, and replaced his race team in a 70,000-square-foot space in Statesville, N.C., a 45-minute drive north from Charlotte.

The company offers what Keselowski calls “hybrid manufacturing,” where a manufacturing order is completed from start to finish in-house, rather than outsourcing parts of the process across multiple suppliers. KAM’s business model also allows for custom solutions within different manufacturing processes such as CT scanning, metrology, and hybrid builds that combine 3-D printing and CNC machining technologies.

Keselowski is most enthused about the future of 3-D printing, also referred to as additive manufacturing. “I would say that 3-D printing has huge ramifications for Detroit,” he said at a recent NASCAR race at Michigan International Speedway in Brooklyn. “It’s going to have a huge effect on the automotive industry.

The Rochester High School graduate says the vast potential of 3-D printing technology is what inspired him to start KAM. He cites four advantages that the technology has over current manufacturing methods.

“One is supply chain management,” he says. “Not only do we have huge warehouses with excess parts inventory, but (there are) huge warehouses with tooling and dies for manufacturing purposes. You don’t need any of that with 3-D printing. It doesn’t require any tooling and you can print on demand. That’ll change a lot of the supply chain management structure.”

The second advantage, says Keselowski, is 3-D printing’s capability to create products with complex geometries that aren’t possible with any other manufacturing process.

“The ability to produce advanced engineering features will have huge implications on all aspects of our life, starting with medical implants, for example,” he notes. “There’s customization, the human interface, the extreme complexities of advanced light weighting, and fluid passageways. The engineering capabilities in 3-D printing open up new doors and opportunities for parts you just could never manufacture before. 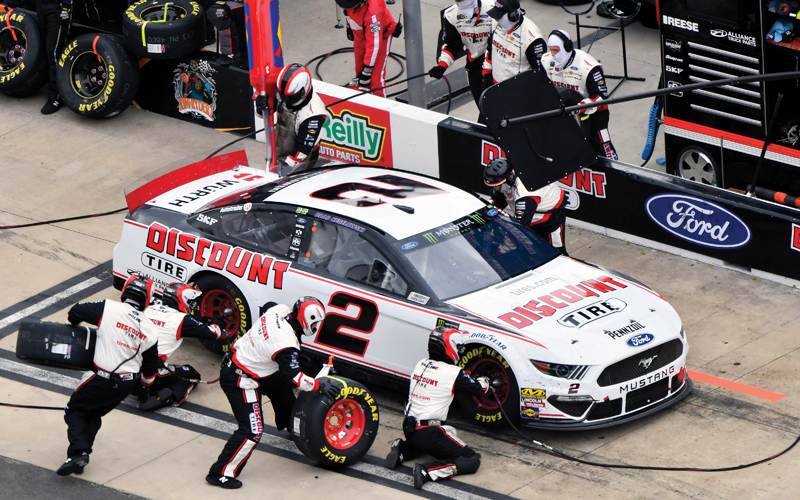 “The third advantage in this particular industry is you get to play God with metals. Most metals are made in liquid form, made into big blocks, and machined down or casted. 3-D printing uses a powdered form of metal. That’s a big difference, manufacturing with a solid. By mixing solids, you can create advanced alloys that didn’t exist before. Those three things create really important and advanced opportunities for 3-D printing once it’s fully embraced.”

The fourth advantage has more to do with the future workforce than with the technology’s particular capabilities. “Most of today’s manufacturing techniques and technologies are being vacated by the next generation,” he says. “Since 3-D printing relies on a digital thread rather than a factory of older technologies, it’ll be easier for future generations to comprehend.”

Although Keselowski spends most of his time at racetracks, in meetings at Team Penske headquarters in Mooresville, N.C., and making sponsor appearances, he says he gets daily reports about what’s happening at KAM and visits the shop on a regular basis.

“I really enjoy working on the business, especially after a race,” he says. “The factory is right next to the airport and when I land, I go right there. It helps me unwind.”

While Keselowski is pursuing his fast-paced racing career, KAM is in the hands of President John Murray, who joined the team in May and oversees global business development and expansion of the company’s technical capabilities.

Murray is a pioneer in 3-D printing who has helped drive additive manufacturing into European and U.S. motorsports since the late 1990s. His work has had a direct impact on the design and testing of Formula One racecars.

Earlier this year, KAM made a significant investment in equipment. It installed two new 3-D metal printers, one for aluminum and one for Inconel. The company then expanded its measurement and test capabilities via a new coordinate measuring machine and a new tensile strength tester, the addition of which provides enhanced quality control capabilities. KAM also boosted its 3-D printed part finishing and CNC manufacturing capabilities with a new CNC precision saw.

Construction has started on a state-of-the-art engineering center that’s expected to be finished in the third quarter of this year. The center’s goal, according to Keselowski, is to “increase the effectiveness of our investments in engineering resources, engineering software platforms, simulation tools, and product development to drive disruptive solutions in the marketplace.”

In the meantime, Keselowski is seeking to add to his 2012 NASCAR Premier Series championship, 30 career wins, 16 pole positions, and more than 7,100 laps led. Last season, he notched wins in two of NASCAR’s highest-profile races, the Brickyard 400 in Indianapolis and the Southern 500 in Darlington, S.C.

He also won the 2010 Xfinity Series championship, has 39 career Xfinity wins, 22 poles, and more than 5,300 laps led. He’s one of eight drivers in NASCAR history to win championships in two of NASCAR’s three national series.

With his sole Truck Series win in 2014, Keselowski became one of only 31 drivers in the history of NASCAR to have won races in each of the sanctioning body’s three national divisions.

So far this season, he has won races in Atlanta, Martinsville, Va., and at Kansas Speedway. Add to that his three second-place and a third-place finish, and he’s sitting in sixth place among 31 full-time NASCAR cup competitors (as of Aug. 12), assured of a spot in NASCAR’s playoffs, which start Sept. 15 at Las Vegas and culminate Nov. 17 at Homestead-Miami Speedway.

There are some NASCAR observers who think Keselowski is positioning KAM as somewhat of a retirement plan, but don’t count on it. “I don’t think like that,” Keselowski says. “I don’t plan to retire.”