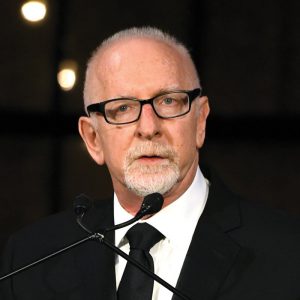 DB: Where are you?
FJ: In Manhattan, where last night I was inducted into the National Radio Hall of Fame. Eleven people were inducted, and it was a beautiful ceremony — other than the sleet and snow from a nor’easter. It was really everything the weather could throw at you.

DB: How was the ceremony?
FJ: There were 11 people in our group, and there were great guests. Alan Alda was there to induct Joan Hamburg, who’s a New York radio legend; Jim Nash inducted Mike Francesco, a New York sportscaster; and my brother, Paul (president of Jacapps), inducted me. I had been with ABC Radio (where he created the classic rock format) and WRIF-FM (in Ferndale). I started Jacobs Media in 1983, and in 2008 Paul and I launched Jacapps, a mobile app development company.

DB: What else are you doing in New York?
FJ: Actually, there were two big events, including the Giants of Broadcasting Ceremony, and there was a big conference going on called Forecast. Paul and I were running all over town, and we had a number of business meetings. My dad, Syd, had a lot of companies and he taught us the ultimate success is having your own business.

DB: Any advice for entrepreneurs?
FJ: Opening my own business was a big eye-opener for me. When you’re out on your own, you have no one to blame other than yourself. Another piece of advice is to hire people to do things where you are weakest. We’ve been fortunate over the years to bring in people who have different talents. We have more than 20 employees (at Jacapps), and none of our work is done overseas, it’s all done here. We opened about 100 days after Apple opened its app store. Since then, we’ve created more than 1,200 apps.