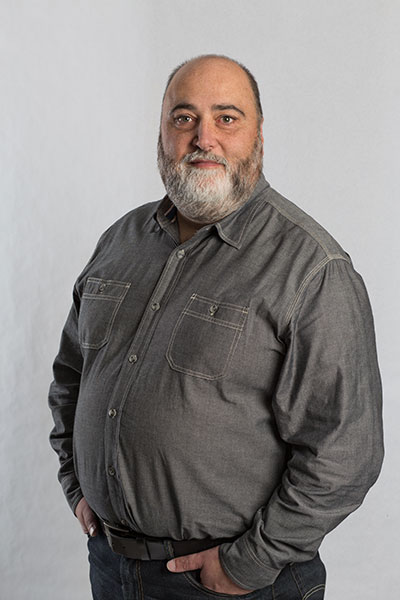 Bob Kraemer, an architect and interior
designer, is principal of Kraemer Design Group in downtown Detroit.

Detroit’s downtown landscape has seen a lot of change over the past 20 years. Distinct areas have been development hot spots and media darlings at different points in time — the riverfront, New Center, and now, of course, it’s the arena district.

Having been an architect in downtown Detroit through it all, I can tell you it always comes back to the downtown core — which has, in many ways, reached a critical mass of investment, businesses, and, most importantly, residents. This momentum is propelling all sorts of development across the city.

The first and most apparent outcome is housing. With most apartment buildings in downtown at capacity, and some with sizeable wait lists, the need for more multifamily housing is real. Even so, there are some challenges to cultivating additional inventory and meeting the evolving needs of residents.

For one, new construction in downtown is still financially difficult; hence we don’t see much of it — although two of my firm’s current projects are exceptions: 28 W. Grand Blvd. (Bedrock) and The Griswold (Roxbury Group). The latter is being made easier due to the existing parking structure infrastructure it will sit atop of.

Not to mention, why build when there are so many readily available — and often empty — high rises ripe for conversion? The catch here is that in order to qualify for historic tax credits, adaptive reuse projects have to operate their units as rentals. That’s why the condominium market hasn’t taken off — but it will, once projects become less reliant on tax credits. In the meantime, those looking to buy are turning to new opportunities like Brush Park and Orleans Landing.

Next, to be content living downtown, people need easy access to vital day-to-day professional services — dry cleaners, hair salons, doctors, etc. That’s the key to a truly vibrant downtown. We’re beginning to see this. For example, Level One Bank just opened a downtown branch on Washington Boulevard. We will see more growth of retail and service outlets as we get deeper into 2016.

Another fundamental consideration is transportation. The M-1 Rail, which runs up and down Woodward, is slated for completion in early 2017. It will be a critical link from downtown to Midtown. Its implementation has led to increased investment along the Woodward corridor, including commitments from big retail names like John Varvatos and Nike.

While the construction phase has been a challenge for ground-level retail store and restaurant owners along its path, the long-term payoff for those businesses will be well worth the wait. M-1 will also change the formula for the residential market, enabling the development of multifamily units to stretch a bit farther from the city center.

For those reasons, I am confident M-1 will deliver on its promise to transform certain aspects of life downtown, but I also believe it is far from the ultimate transportation solution the city needs. M-1 doesn’t reach Eastern Market, and it’s too far from all the new restaurants in Corktown and the city’s historic neighborhoods.

Many Detroiters have already found a transportation solution: bikes. From the popularity of Slow Roll and the promotion of the Dequindre Cut, Detroit has a growing reputation as a bike-friendly city. I’m seeing developers concede valuable square footage in new projects to make room for bike storage. Since we don’t yet have Manhattan- or Chicago-style traffic, urban planners and city officials would be wise to take this time to redevelop our streets and make them more bike-friendly.

While most of these improvements have focused on residents, there are many business considerations inspiring real estate changes in the city. For example, to maintain our trajectory of attracting big companies that want to relocate in Detroit, we need to be able to host business travelers and large convention groups.

A nearly $300-million renovation and expansion of Cobo Center was completed in 2015, and while no plans have been announced, my prediction is the convention facility will expand when Joe Louis Arena is inevitably torn down.

That would truly put us on par with other leading international convention venues and create never-before-seen opportunities for tourism in the city. With increased tourism comes the demand for accommodations. That has already spurred several hotel projects, and many more are on the horizon.

I am particularly passionate about the downtown core — the approximate eight-block stretch between Campus Martius Park and Grand Circus Park, and bordered by the freeways. This is the same area that once propelled development growth 100 years ago. Back then, they were carriage routes, but now we know them as Woodward, Gratiot, Grand River, and Michigan avenues. History, as they say, repeats itself. db