It’s a long way from St. Clair Shores to El Segundo, Calif., where Michael Scherer operates Atlante, a management consulting business, but he says there’s a direct line from his current profession to Taylor Elementary School, where he spent many of his childhood years.

“We lived right next to the school, off Harper and 12 1/2 Mile Road,” he says. “There were all these kids within a couple of blocks, and they all had bikes.”

Scherer wanted a bike, too, he says, “but I’m the fifth of five boys and my parents said, ‘All your brothers have bicycles, go use those.’ So I got on one bike and it didn’t run, and I got on another and it didn’t move. And I thought, well, the sprocket works on this one and the chain works on that one. What if  I take parts from this and put it on that, spray-paint it black, and put a smaller seat on it? And I made a cool little bike.”

While building that first two-wheeler from parts, Scherer made an even more important discovery about himself: “I love breaking stuff and then trying to figure out why it broke, and going back and re-engineering it,” he says.

Scherer’s parents more than made up for his lack of a bike when it came time for him to go to high school.

“My parents always wanted to put a kid through Catholic high school, so they’d saved up enough money for me to attend Bishop Foley Catholic High School in Madison Heights, which was great,” he recalls.

He earned excellent grades, especially in physics, chemistry, and math. As a junior, Scherer earned an interrnship at General Motors through a drafting contest.

“I started school at 7 a.m., did my five classes, was done by 12:30 p.m., drove over to the (Warren Technical Center), and worked a half day in the drafting department in advanced engineering for GM,” he said. “The summer after I graduated, I worked full time and was hopeful I could continue to work at GM while getting my engineering degree at the University of Detroit Mercy. Unfortunately, the economics weren’t great and GM cut the program, so I went to school full time.” 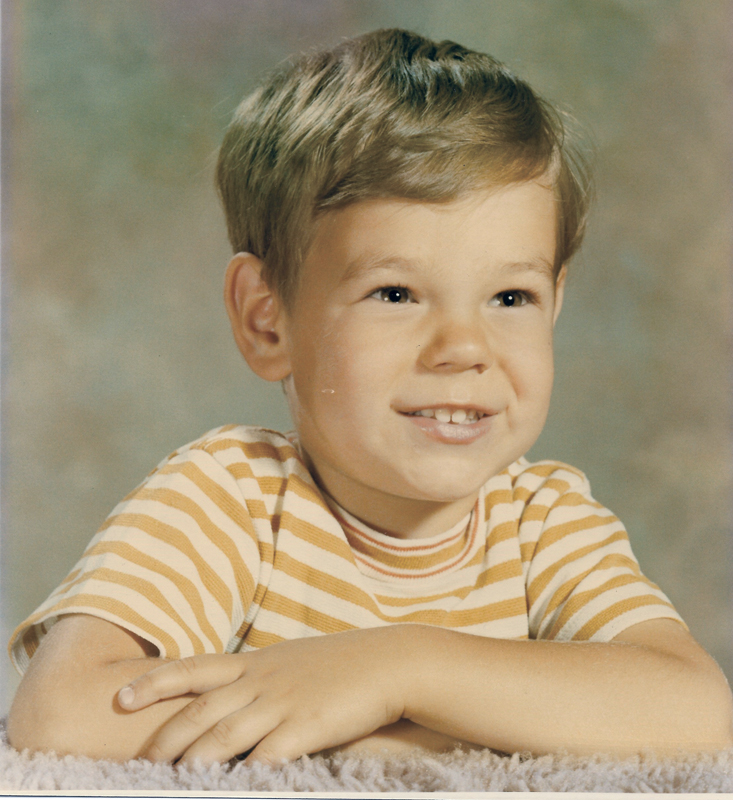 He needed a car to get himself to and from school every day, and says, “My mother basically handed her car down to me because she got tired of paying the repair bills.”

It turned out to be a good trade-off for the aspiring engineer. “I stripped the engine down, cleaned it up, put new gaskets on, and built it back up,” he says. “I thought I could keep it going for another 10,000 to 15,000 miles; you scratch and claw for a few bucks because you need to buy books and (have) a little beer money. I also worked for UPS during the holiday seasons, which helped pay for a good portion of college.”

By the time Scherer graduated in 1990 with a degree in mechanical engineering, the market for aspiring engineers had dried up in the automotive industry. After going to work as a contract engineer for a Japanese auto parts company, he set his sights on a completely different career path.

“I took the LSAT and studied to be a patent attorney at John Marshall Law School in Chicago,” he says. “I finished the first year and the economy was still flat, and I couldn’t find an internship as a first-year law student.”

At the same time, he came to the realization that his heart really wasn’t in it.

“I loved learning the law, but the application just wasn’t fun,” he says. “Well-paid, but very tedious. The patent law track is 80 hours a week of looking at X versus Y, and deciding, is there something that’s different, or are they the same? (It’s) just not as exciting as it seemed on paper. So I came back to Michigan and ended up finding an engineering job.”

“They gave me the great opportunity to be a project engineer in charge of testing for their entire seating system,” Scherer recalls. “I worked with the team to break things and see what we needed to do to make the product better. After taking the project through the development cycle, Lear gave me the opportunity to go to Italy for two years. My claim to fame was I brought side-air-bag technology to the Italian market.

“The Germans, Swedes, and Americans all had it. Fiat wanted it. But for whatever reason, they couldn’t get it out of R&D and into production. So I led the launch of the first side-air-bag seat system in Italy and developed the plans for the next five or six programs. After working for two years on integration on the engineering side, I realized there was a whole business side I was missing out on.”

Scherer earned his MBA at the University of Chicago Booth School of Business while still working part time, five days a week. “I’d get on a plane Saturday morning and fly to Chicago (from Detroit) and do two classes and fly back home Saturday evening. I did that for a year.”

His business degree enabled Scherer to land consulting positions with two major multinational professional services companies. The first, Accenture, led to his relocation to Los Angeles in 2002. From there, he joined J.D. Power and was put in charge of a group of 25 consultants, which provided the experience and confidence he needed to work for himself. He launched Atlante in 2007.

The name of his company is a testament to Scherer’s life-long fascination with the mythical character Atlas. “Atlante is the Italian translation of Atlas,” Scherer explains. “Atlas was condemned to carry the weight of the heavens on his shoulders, and he was known to be strong and resilient. I’ve always been a contrarian who challenges the status quo, and have learned to accept, if not welcome, the consequences.”

Scherer set up his company to be what he calls a “virtual” organization.

“After working for companies that carried a bunch of people, it became clear to me that not every consultant was a good fit for every project. So I decided to build a network of professionals, each having their own unique skills that we could leverage to provide the best team and the best solution for the client. We can scale up, down, and sideways without having to carry the overhead that big firms have, which gives us a cost advantage. Currently, we have a roster of over 30 consultants that we can call on to provide services to clients.

“What I really enjoy doing,” he continues, “is working with founders and owners and executives of companies that are trying to get to the next level. That could be a start-up company that has an initial round of funding and they’re looking to bring on additional people or expand their product line, or I’ll work with companies to develop sales and strategies, or identify opportunities to improve profits and efficiency.

“Over the last 12 years, I’ve had a number of opportunities to work not only as a consultant, but as an adviser. On a couple of occasions, I actually stepped in, in an interim role, to lead these companies while they were trying to figure out how to get to the next level.”

A consulting opportunity that especially resonates for Scherer came when he returned to his hometown shortly before Detroit filed for Chapter 9 bankruptcy in the summer of 2013.

Everyone should be able to afford a comfortable place to call home . . .

“I was asked to come out and help for however much time I could give,” he says. “I went to Detroit for six months and worked with the emergency financial manager’s office, and then eventually the new mayor’s office, and was partially responsible for writing the business plan for the planning development department. We had to figure out how to make something that’s workable going forward, so the city can not only get back on its feet but thrive and prosper.”

Although his home is 2,300 miles away from his roots, Detroit is never far from his mind. Scherer meets regularly with fellow expats who live in L.A., and for the last four years he’s served on the board of advisers at the U-D Mercy College of Engineering and Science.

“Since last year, I’ve been helping the nonprofit Minds Matter Detroit grow its presence in Detroit, including getting them housed on the campus of U-D Mercy, raising funds, building the board, and developing processes and structure.”

The topic of  housing plays directly into another aspect of Scherer’s business: Atlante Investment Group. “We acquire multifamily apartments across the U.S. and help investors understand how to invest in properties outside their current location,” Scherer says.

That includes his hometown. “We’re actively looking to acquire apartments across the Detroit area to provide clean, safe, and affordable housing with nice amenities for our residents, while also providing steady cash flow and high returns for our investors.”

“I know how to drive top-line growth and I know how to bring costs down,” he says. “And I know how to get a good management team in place. We believe in inclusion and an integrated ecosystem, where the stakeholders in the neighborhood work together to increase the safety and cleanliness of our surroundings, and thereby increase the value of our properties. If we do that the right way, we can attract other people to come in.

“We believe that everyone should be able to afford a comfortable place to call home, and producing slightly nicer properties affords us better returns on our investment. We believe doing it right is the right thing to do.”