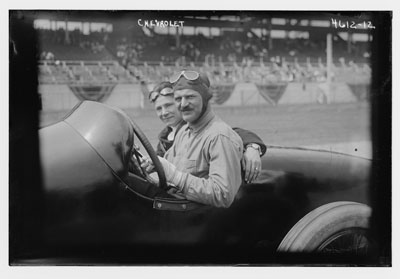 Because the new Chevrolet automobile was a secret, its trial run commenced at 4 a.m. one morning in the summer of 1911. Louis Chevrolet, then 34 years old, forced his 40-horsepower prototype through the darkness along West Grand Boulevard in Detroit. The auto-racing veteran pressed the car to a claimed 110 mph. But on the return trip, a lawman blocked the road and Chevrolet was fined $30. “Five dollars for speeding,” said the judge, “and $25 for impersonating a famous driver.”

Born in 1878 in Switzerland, but raised in France’s Burgundy region, Louis Chevrolet came to the United States in 1900, fully versed in the automotive idiom. Both a builder and racer of bicycles throughout the 1890s, he went on to receive comprehensive mechanical and design training while working for several French automakers. Ironically, he made his name in American motor racing circles in a Fiat car with an enormous engine.

By 1908, William “Billy” Durant — who had turned a faltering Buick Motor Co. into a leading automobile company which led him to form General Motors — hired Chevrolet for the Buick racing team.

The next year in the Vanderbilt Cup Race on Long Island, Chevrolet suffered a broken leg after crashing his Buick Bug. It was one of a long list of injuries, so he decided to retire from the sport and open a small automobile shop on Grand River Avenue.

Shortly after, Durant, who was forced out of GM, persuaded Louis to join him and they formed the Chevrolet Motor Co. in rented quarters on West Grand Boulevard.

In November 1911, the Chevrolet Classic Six went on sale for $2,150 — however, the high-priced, low-volume production of 2,999 units wasn’t what Durant had in mind for challenging Henry Ford. While less expensive models followed and the company prospered, Louis Chevrolet opposed Durant’s low-priced strategy. And it galled him that Durant — who seemed like a shrimp next to the burly six-footer — kept urging him to “become a gentleman” by giving up cigarettes in favor of cigars.

So in 1913, Chevrolet parted with the company, selling the stock and securities which in later years, would have made him a millionaire many times over. He returned to what he loved best: designing and racing cars. Durant, meanwhile, leveraged the Chevrolet brand when he reclaimed control of General Motors. He added Chevy to the corporate portfolio, setting the stage for unprecedented success for the brand for the next century.

Louis Chevrolet saw racing as both a sport and a business. Moving from Detroit to Indianapolis, Louis founded the Frontenac Motor Corp. and created the all-new Frontenac, which his brother, Gaston, drove to victory at Indy in 1920. (Gaston died months later at the board track in Beverly Hills.) Tommy Milton won with another of Louis’ cars the next year. 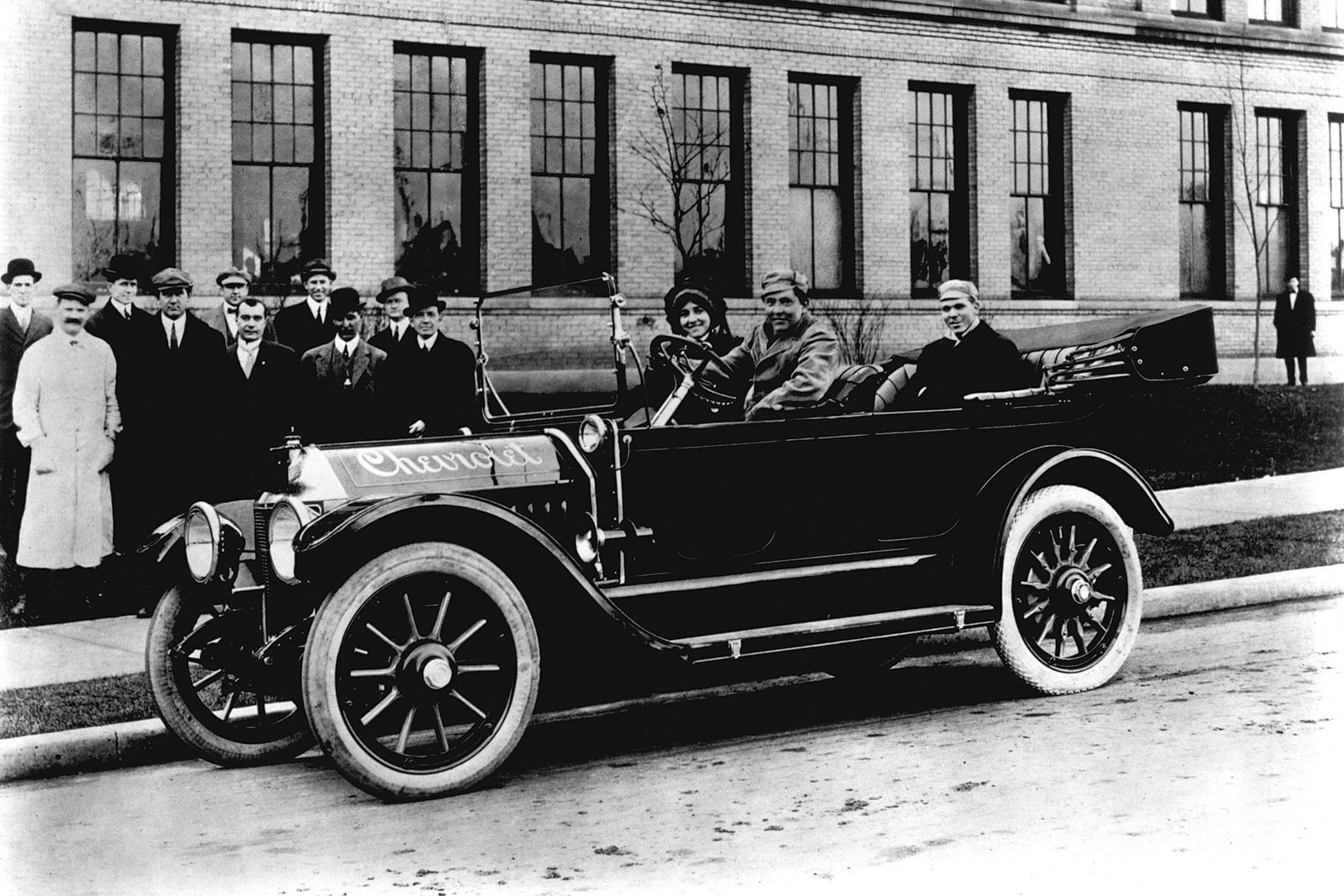 At the time, the Indy 500 paid about $10,000 to the victor. “I think you can make more money on the dirt tracks with cheap cars than you can with good cars,” said Chevrolet’s collaborator, Cornelius Van Ranst. The Frontenac company went on to develop high-performance cylinder heads for Ford Model T racers, which became known as “Fronty” Fords (the heads were marketed by the thousands). A Fronty Ford finished fifth at Indy in 1923, ahead of Mercedes and Bugatti entries.

As one of the founders of the speed-parts industry, Chevrolet experimented with aircraft engines and boats. Sadly, he suffered the first of several strokes in 1938, and died in Detroit on June 6, 1941.

Fittingly, the site of much of his success evokes his legend. Outside the Indianapolis Motor Speedway’s museum, a bronze panel depicts him in the Chevrolet Classic Six, the car Billy Durant didn’t want. db