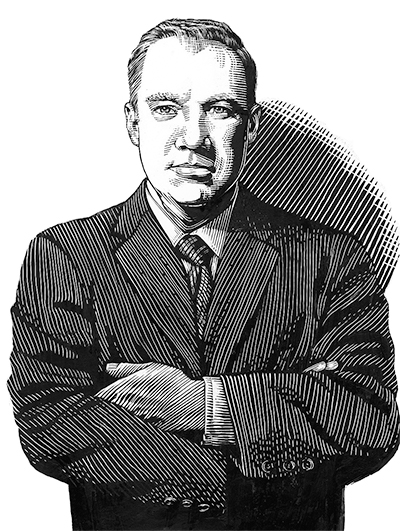 It’s time to get Michigan and America back to work. Ask any business owner their greatest challenge today and the response is nearly universal: We can’t fill open positions.

With so many jobs available, a pandemic disappearing in the rearview mirror, and rising demand for goods and services, what has happened to the labor supply? According to a new report from the Committee to Unleash Prosperity, between 5 million and 7 million Americans can afford to stay home and earn more than their counterparts who work 40 or more hours a week. That’s due to the American Rescue Plan Act signed by President Joe Biden in March.

The report was prepared by economists E.J. Antoni, Stephen Moore, and Casey Mulligan. Antoni, in a piece for the Texas Public Policy Foundation, calls the new legislation “one of the largest expansions in government welfare benefits — either for not working, or for benefits not related to working — since the modern-day welfare state was created.”

What jumps out from the study is that in many areas of the country, households can qualify to receive a maximum equivalent of $25 an hour in government subsidies. A family of four with two unemployed parents, conversely, can make $100,000 per year if they tap every benefit available, including child tax credits. The new act also expanded food stamps and rental assistance.

What’s more, strict COVID-19 restrictions like those issued by Michigan Gov. Gretchen Whitmer have made it difficult for working moms to re-enter the workforce. Closed schools and day care centers leave mothers with few options, and prevent many of them from returning to worksites. If schools remain closed come fall, the economy will sputter and fail to generate traction.

To expand workforces, employers are offering higher wages and benefits, signing bonuses, and on-the-job training programs. While improved unemployment benefits made sense in the early months of the pandemic, the continued cycle of subsidies that exceed wages has hit numerous sectors of the economy squarely on the nose — including hotels, entertainment venues, personal services, and restaurants.

Biden has signaled he supports allowing the rescue act’s $300 enhanced jobless benefit to expire on Labor Day, as scheduled. But how do businesses that are now paying more to attract workers bring wages back in line this fall? When a free-market economy is restricted by government policies — paying to keep workers on the sidelines, for example — it impacts multiple facets of monetary activity.

Couple that with the manipulation of pandemic data, whether to boost death counts or restrict public access, and it’s clear to see why things are getting more expensive. In the past few months, we’ve seen costs rise for food, labor, hospitality, rental cars, gasoline, airfare, and more. How long prices will ascend is anyone’s guess.

Another factor contributing to inflation is politics. A case can be made that the Democratic Party, with the rescue act, sought to impede the economy and force employers to run up labor costs. The result was a de facto hike in the minimum wage — part of a quest the party reasons will lead to a universal basic income.

As we’ve seen, big government doesn’t necessarily mean good government. The winners of added public encumbrances are workers and bureaucrats. The losers are consumers and anyone who seeks to bolster prosperity through free-market principles. Politicians often say they “follow the science” in making policy changes, but it doesn’t apply to economics.