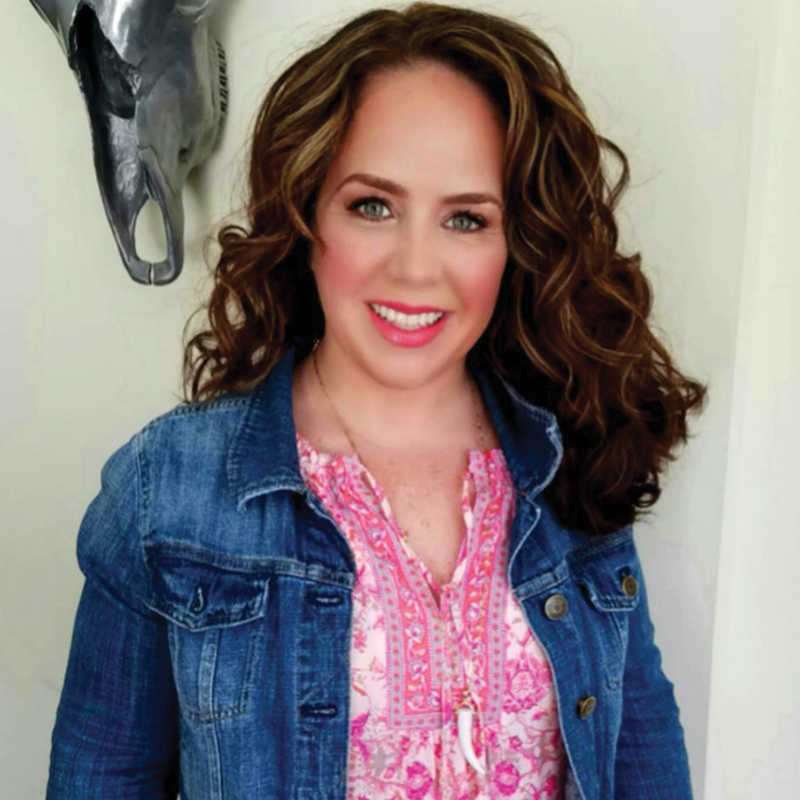 Just a few minutes into a chat with Angel Gambino, it becomes readily apparent she was one of those maddeningly over-achieving kids everyone seemed to know in grade school. She’s a serial entrepreneur and, most recently, the founder and CEO of Sensai, a startup in San Francisco that utilizes artificial intelligence to help individuals and organizations find success with social media.

Gambino was born in Roseville and launched her career as a businesswoman when she was barely in her teens.

“I was definitely the only kid who, at 15, went out to get a proper job, and I forged my birth certificate to do it,” she laughs. “I started my first job at Miller’s Apple Orchard, then moved into retail at Hudson’s department store.

“I was really fortunate because at that time, it was one of the best retail sales jobs you could get. I loved that experience. I worked in the luxury goods department and started to learn a lot about sales commissions and having a real career. At that stage making my own money and eventually getting my own car meant a lot of independence and freedom for me.”

Gambino grew up on Rose Street in Roseville, which she remembers as a typical working-class neighborhood. “We had a tiny house on a big corner lot with an enormous willow tree that I used to swing from,” she recalls. “I remember playing in the construction lots where newer homes were being built, and I used to have lemonade stands on the corner. I was an only child, so I would ride my bike to find new kids to meet.”

Gambino attended Dort Elementary, just down the street from her house. “If you do just a little bit of digging,” she says slyly, “you’ll find that Marshall Mathers went there for a bit as well.”

Mathers went on to become better known as the rapper Eminem, while Gambino made her mark in and out of classrooms at several different schools along the way.

“After Dort and our move to Sterling Heights, I went to Schwarzkoff Elementary,” she says. “I played every sport under the sun. Our house backed up to Schwarzkoff, so I would jump the tall fence after the students were long gone and shoot hoops or practice shooting a soccer ball against the wall for hours on end. And I was juggling all of that with academics and work.”

Gambino’s commitment to soccer, in particular, continued through Davis Junior High School and then at Adlai Stevenson High School, and it paid off when she earned an athletic scholarship in the sport at Missouri Valley College. From there she moved on to the environmental law program at the University of Oregon.

While earning a J.D. and a master’s degree in ocean and coastal water law, she also ran the Public Interest Environmental Law Conference, the largest event of its kind in the nation. It was the late 1990s and the internet was in its infancy, but Gambino was already intrigued by its potential and wanted to make the conference avail-able to anyone who couldn’t travel to Oregon and attend in person.

“Some people say they left their hearts in San Francisco, but I say I left mine in Detroit.” — Angel Gambino

“I set up the first webcast of an environmental law conference at a time when webcast wasn’t even a word,” she says. “Four-thousand people listened to the audio streams of the event from the university’s website. It was a first for electronic payments and registration for events, and I really feel that was the ‘lightbulb’ moment for me, where I understood that the internet had incredible potential from a communications and transactional standpoint.”

Gambino’s career after law school was eclectic and wide-ranging. In one role, she served  as in-house counsel and director of legal and business affairs for the Humane Society; in another, she helped develop the early gaming site Gameplay. She also served as the London-based vice president of digital media for MTV Networks UK, and was part of a team that launched social and video-on-demand platforms for Viacom channels MTV, VH1, and Comedy Central. It all led to her being hired in 2007 by Bebo, a social media network, where she was charged with driving its music business, which turned out to be a stunningly lucrative success.

“That business was sold to AOL/Time Warner for $850 million after three years,” Gambino says,.“It put me in the position where I could start my own businesses with my own capital, and not have to raise financing. It also meant I could invest in other businesses that I thought I could make an impact on and help grow.”

Not surprisingly, one of those businesses was another social networking platform called Sonico, in Buenos Aires. “And so I moved down to Argentina,” Gambino says, “and helped grow that business and got a good exit with that, as well.”

Gambino loved her life near the beach, but she missed her family. She also was more than curious about possible investment opportunities in her hometown.

“I had these two good exits under my belt,” she says, “and when I looked around, the economic collapse in Detroit was heartbreaking. I always considered I wanted to go back and work from a philanthropic standpoint, and I started buying up a lot of real estate, as much as I could, primarily in Corktown.”

One of her acquisitions was an old brass factory at 2051 Rosa Parks Blvd., which Gambino picked up for a relative pittance at $270,000. Which raises an obvious question: How did she manage to outmaneuver Dan Gilbert on any major real estate purchase anywhere near downtown?

“The timing was right,” she laughs. “In 2010, I met with Dan’s team. We looked at the map and I basically bought everything just on the other side of the line they mapped out of where they were focused. I figured there would be some halo effect, that if the areas they were investing in were improved, the adjacent areas would benefit from improvements, as well, in terms of overall infrastructure.”

Gambino gave her building a new name, The Alchemy. “To pay homage to its history,” she says, “and also because I thought it would require a certain kind of alchemy to bring the property back to life bigger and better than before.”

She then created a business in the space, The Alchemists Collective, which owns and operates companies in the U.S., U.K., and Latin America that are focused on digital innovation and real estate development. Then, last spring, the 290,000-square-foot, four-story building became a key piece of the property Ford Motor Co. amassed to create a $740 million Corktown campus for autonomous and electric vehicle tech workers.

Gambino obviously made a nice return on her investment, but hastens to emphasize that wasn’t her only goal.

“I’m not interested in flipping,” she says firmly. “There are plenty of people out there who do that. I find no joy or satisfaction in that. At my heart, I consider myself a market-maker. When I came into Corktown, there wasn’t much there and now it’s vibrant. People love going there (with all the) restaurants, shops, bars, and great homes. So I’m about helping to create markets.”

Sensai, her current venture — but undoubtedly not the last — is the result of feedback she received from her clients in The Alchemist Collective, as well as tenants in the building.

“I had a lot of mission-driven nonprofit corporations and a lot of small business tenants,” Gambino says, “and they would all talk about how social media was their primary form of marketing, whether it was  to  get new donors, to increase awareness about the work they were doing, and/or to generate new customer leads. But they were all frustrated with the algorithmic changes that the major social platforms were doing, constantly changing the rules of the game. And all this time they were spending creating content and engaging communities, they weren’t getting the same kind of growth they had in prior years.

“When I looked around, the economic collapse in Detroit was heartbreaking. I always considered I wanted to go back and work from a philanthropic standpoint.”

“It was very clear to me there was a problem on a much bigger scale that needed solving,” she continues, “and the only real way you could solve it was to get machines to understand what other machines are doing. So we use AI to basically navigate the social platforms to help small businesses understand what to post, when, how, which words to use, and what images and videos will get the best performance out of their social media investment. In just a year, we went from a handful of tenants in Detroit to 30,000 customers around the world.”

Sensai currently is headquartered in San Francisco, where Gambino lives with her young son, Bronco, who clearly has been paying attention to what his mom has been up to; she proudly describes him as a “budding entrepreneur.”

“We’re in San Francisco now primarily because we needed the tech talent and the AI talent,” Gambino says, “and also a lot of the bigger investors in that space are located here. But I have a home in Grosse Pointe and I would hope we’d be able to open up a bigger presence in Detroit. Right now we operate there out of WeWork, but I would rather buy another building and set up a new office for Sensai with a sales team there.”

Might that mean a permanent move back home for Gambino?

“I definitely put my money where my mouth is,” she says, “and I consider Detroit a really great opportunity for anyone committed to a double-bottom-line approach — making a social impact and a financial impact, for the community and for themselves. I don’t think I’m ever going to give up the desire to be a contributor and a leader in Detroit, no matter where I spend my time or where I’m living.

“Some people say they left their hearts in San Francisco,” Gambino continues,  “but I say I left mine in Detroit.”