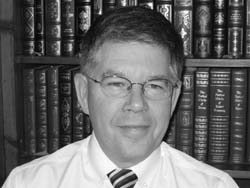 Michigan’s rebirth as an export state is a welcome trend, especially when connected to revitalized manufacturing. To draw jobs — and to keep important anchor corporations here — we must create an environment in which more companies can thrive.

Gov. Rick Snyder and the Legislature have done an admirable job of adopting a more simplified and competitive corporate income tax structure, reducing regulations, lowering state employee legacy costs, and eliminating waste. As a result, Michigan is experiencing the second-fastest economic recovery in the nation, and the unemployment rate is below 10 percent (for the first time since 2008). But there’s more work to be done.

In the construction arena, untold benefits await if the state streamlines and enforces a common method of designing and building publically funded projects. For example, one university or hospital buys and builds facilities one way, while other institutions down the street or in the next town build another way. There’s no consistency of construction buying practices and there’s little incentive to change things for the better, given the slow economic recovery (in a buyer’s market). What’s more, the low bidder often sustains losses at the end of a project due to cost overruns, change orders, bonding disputes, threats of default, or, worse, litigation.

So how to change the fundamentals? There are private-sector projects in the field right now that use highly efficient building practices called Integrated Project Delivery and Integrated Delivery. The building principles are successful at addressing major hindrances in construction — hindrances that waste up to 57 percent of work crew time on projects.

While predictable outcomes are a major relief for the involved parties, getting the word out to the rest of the construction industry — both public and private operations — has been a slow process. If Michigan became a state where the implementation of highly efficient design and building principles was standard operating procedure, there would be another competitive reason for businesses to build their facilities here. And with added facilities (new or renovated) come new jobs and a more robust economy.

The ESD Institute recently completed a report on its Construction Productivity Symposium, out of which came the strongest consensus we’ve ever seen on what would work to maximize efficiency in the construction industry. Owners, managers, labor, contractors — they all know what works because they’ve seen it in action on individual projects. The difficulty is mistrust within the industry and across-the-board implementation. As such, the Institute recommends that Gov. Snyder appoint a voluntary task force to craft a report on industry best practices (with careful consideration given to those that were identified in the symposium work groups) that would be implemented on all publicly funded construction projects.

This upper-level mandate would be an immediate decisive action that changes the landscape for all Michigan projects. The effect, then, does not take decades to percolate through an entire industry, but changes business-as-usual directly and puts a public face on what is possible in Michigan. While the mandate would be on publicly funded projects, the effectiveness would be obvious to all construction in the private sector, highlighting what is possible — and experienced — on major projects.

The least complicated way to mandate the use of best construction practices would be within an authority under Michigan law, which could be enacted by legislation. This builds upon the results of past symposia at the ESD Institute. The symposium entitled “Building Consensus for Michigan’s Integrated Global Freight Hub,” published in March 2011, offered a fortuitous opportunity for the application for this recommendation. For example, all stakeholders either for or against a second bridge across the Detroit River agreed that, unless the bridge is built without public funds, an authority of some sort is needed for its construction, operation, and maintenance. The authority would offer a vehicle for the implementation of best construction practices on the very public, very visible, second bridge (if constructed).

On a larger scale, the symposium entitled “The Michigan Green Enterprise Zone Initiative,” published in March 2009, provided a statewide framework that would optimize the benefits of the cutting-edge application of best practices for construction undertaken by the authority. This, together with the application of best practices relating to labor, legal, health care, and other advancements, is the unifier and the enabler for an economic turnaround — and for the realization of Michigan as an export state of choice. A copy of this enabling legislation is available at www.esdinstitute.net.

We can’t expect businesses to locate in Michigan and bring their jobs with them simply because we have an abundance of natural resources, a skilled workforce, and a history of innovation. The best way to prove that Michigan is the place for innovation is to actually innovate. As the late global economist and Harvard University professor Theodore Levitt put it, “Creativity is thinking up new things. Innovation is doing new things.” So let’s now do new things. Michigan’s collaborative construction industry is ready and willing if our state serves as the catalyst for this essential, fast-track change. db

Christopher J. Webb  is director of the ESD Institute, founded by the Engineering Society of Detroit. The Institute fosters innovative thought and formulates consensus-based actions.