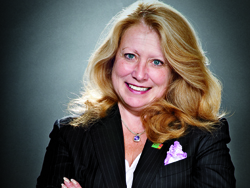 As president, CEO, and owner of a company that has been headquartered in downtown Detroit since 1991, I am often asked what needs to be done to continue the revitalization that is under way in Detroit.

There is no question revitalization is occurring. If you have any doubt, just think back to what downtown looked like in the mid-1980s. There was talk of demolishing the Fox Theatre, the Capitol Theatre was closed and rapidly deteriorating, Hudson’s was closed and abandoned, and the Book Cadillac and Pick-Fort Shelby were empty and falling apart. Back in those days, the city was faced with a future that looked very bleak.

Today, the Fox is thriving, the Capitol Theatre has become the Detroit Opera House, and the theater district is flourishing. Comerica Park and Ford Field are the equals of any stadium in the country. The Book Cadillac and Fort Shelby have undergone a combined $300 million in renovations. The riverfront, with the new Riverwalk, Milliken State Park, and the Dequindre Cut trail, is bustling with activity. Campus Martius has become a center of energy and activity in an area that, for many years, was considered an afterthought.

Aging office buildings have been transformed and are now coveted residential spaces — turning  downtown into a 24-hour neighborhood. At Grand Circus Park, the renovated Broderick Tower is scheduled to open this September with 125 loft-style apartments and commercial spaces, and the David Whitney Building is on pace to be converted into a facility offering apartments, an Aloft Hotel, and commercial space in the first half of 2014.

The challenge is, where do we go from here and how do we maintain the momentum? In the end, investment and job development have to come from the private sector. But business leaders must have a working relationship with government if the downtown — or any region — is going to realize its full potential.

To that end, it is imperative that government recognizes the critical role business plays in creating a successful downtown and vibrant city. Government needs to work in partnership with the business community to create the atmosphere needed for growth. That’s not to say the private sector should call all the shots; rather, it means business should be at the table as a full partner as decisions are made, and the government must be willing to welcome input from the business community. It calls for government leaders who respect and give consideration to that input in making decisions. And it means that government must follow through on its commitments once they are made.

There are plenty of examples in the recent past of what government and the private sector can accomplish by working together. Chrysler’s Jefferson Assembly Plant, which is now running three shifts, was built because the city of Detroit had a relationship with the automaker, and followed through on its commitments. General Motors is building the Chevrolet Volt at the Detroit Hamtramck Assembly Plant. That plant was built, in the face of much controversy, because the city had a strong relationship with GM and followed through on its promises.

Developers worked closely with Detroit Economic Growth Corp., under the leadership of George Jackson, to renovate the Book Cadillac and Fort Shelby hotels, along with countless other projects. And Gov. Rick Snyder has shown a fundamental understanding of the importance of Detroit to the future of the entire state, and has committed to making state government a partner in moving Detroit forward.

Clearly, we have come a long way since the mid-1980s, when the standing joke across the country was that the last one out of Detroit should be sure to turn off the lights.

We have laid a new foundation for our downtown. With the right chemistry between business and government, we will continue to build upon it. db