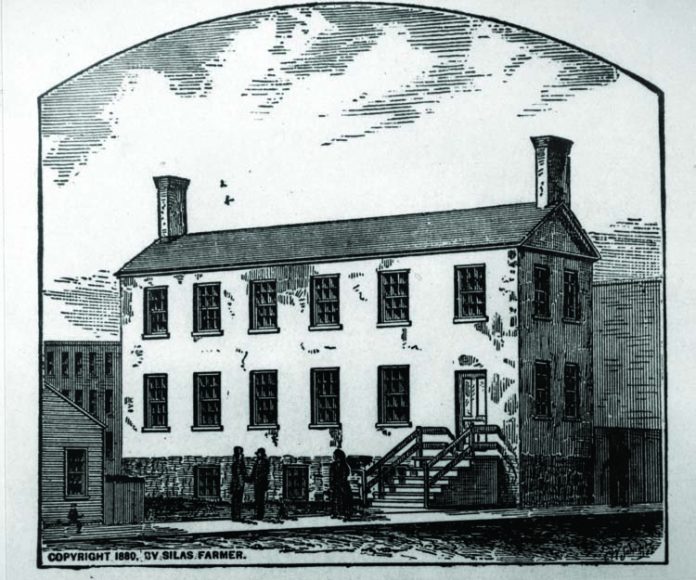 The University of Michigan got its start in 1817 when a lot was purchased on Bates Street (near today’s First National Building) and construction on the building shown above, was started.

In 1925, a small group of activists seized control of the University of Michigan Alumni Association’s history committee, a move that would redefine the institution’s narrative. Until then, most people believed the school had originated in 1837, the same year the state of Michigan was accepted into the Union. A 50-year anniversary was even observed in 1887, and U-M President James B. Angell saluted “the eccentric but gifted men who framed the project of the Catholepistemiad, or University of Michigania.”

Historian George B. Catlin summed up the time best, calling it “the beginning of a period of general awakening in Detroit.” The settlement along the Detroit River had suffered through the ruinous fire of 1805 and fell into British hands during the War of 1812, but following the end of the conflict, and revived in spirit, leaders like Judge Augustus B. Woodward promoted education, culture, and religion.

In 1817, just a few days after President James Monroe’s five-day visit to Detroit, territorial governor Lewis Cass and the judicial council, which Woodward dominated, authorized the creation of a university in Detroit. There would be 13 professorships in arts and sciences — despite, as Catlin observes, “the lack of professors or funds.” Libraries, museums, and botanical gardens were to be included.

Presbyterian minister John Monteith had come to Detroit just a year before, and the Princeton man’s erudition landed him seven of the professorships. Father Gabriel Richard received the remaining six. With a faculty in place, funds had to be scraped together. Initial capital came from $940 in unallocated federal relief funds from the great fire’s aftermath, a campaign pulled in another $1,100 for immediate use, and territorial coffers dispensed $380. Within a month, a lot was purchased on Bates Street (near today’s First National Building) and construction on a building was started.

From this meager beginning, it would be a long trek to scholarly endeavors and football Saturdays. Finished in 1818, the school building was used for a curriculum based on Joseph Lancaster’s system of peer tutoring; it drew 183 students, each paying $2.60 in tuition.

In 1821, all university responsibilities were transferred back to the territorial governor and a board of 20 (or 21) trustees. Meanwhile, the classical school “staggered along with varying fortunes.”  The constitution ratified during the process of Michigan’s statehood, which was granted in 1837, authorized a successor university that assumed the former’s authority. 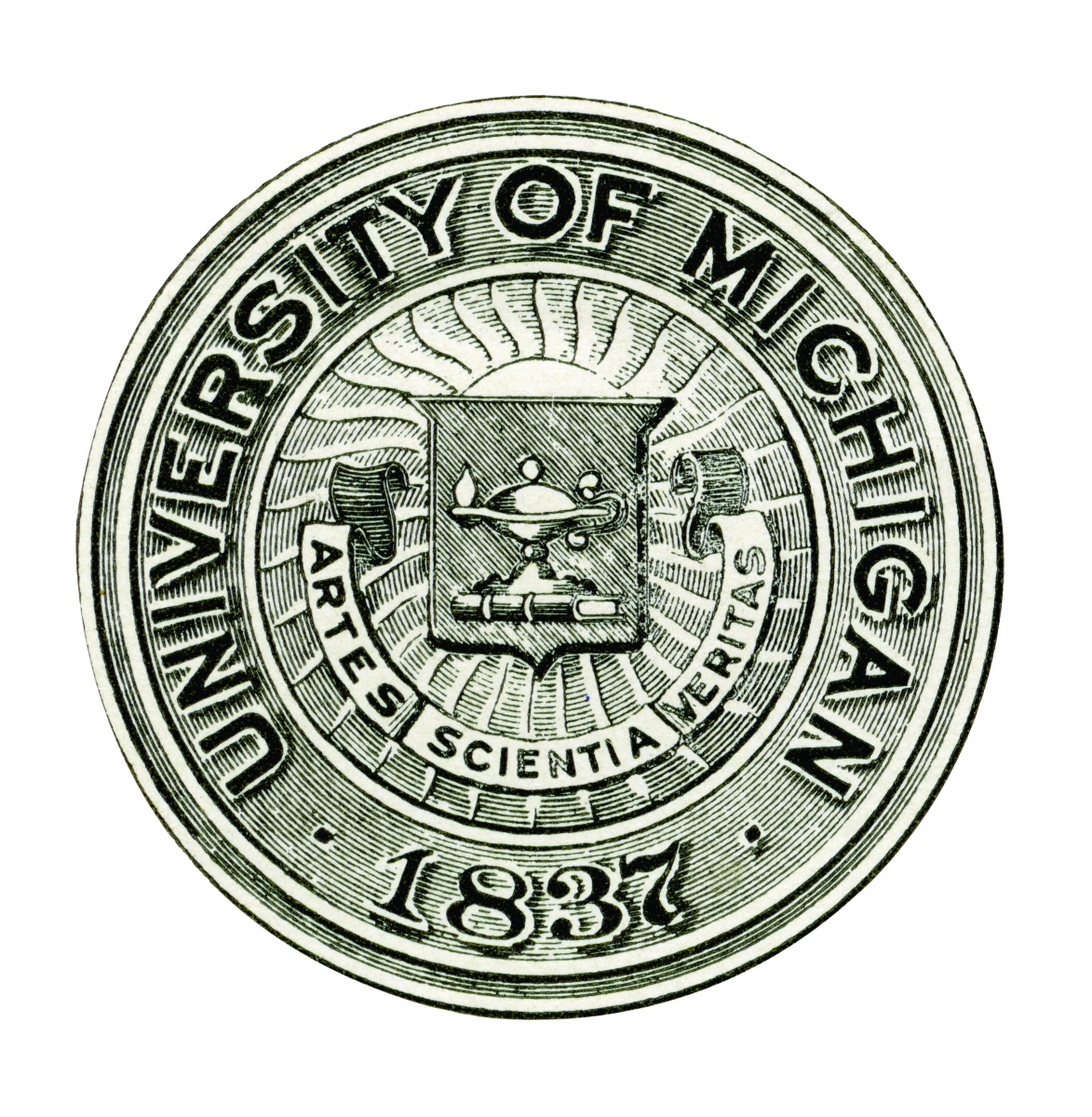 THE UNIVERSITY OF MICHIGAN GOT ITS START IN 1817, BUT THE ORIGINAL OFFICIAL SEAL INCORRECTLY CITED 1837 AS THE FOUNDING.

Meanwhile, Ann Arbor was a frontier town where horses drank at the courthouse trough. Foreseeing a bright future, Ann Arbor Land Co. offered 40 acres of free land to the university. “Hardly had the legislature approved the offer than property began changing hands,” writes historian Jonathan L. Marwil. One ad claimed a $5-million development fund, ensuring everything “connected with this institution will doubtless be conducted upon a scale of unparalleled munificence.” But it didn’t happen fast: U-M had just 400 students and 20 faculty members by 1856. Under Henry Tappan’s leadership — he was considered the first president of the university, as directed by a new state constitution in 1850 (Tappan served at U-M from 1852 to 1863 and was paid an annual salary of $1,500) — the university followed the model of Prussian universities, where professors were appointed based on their scholastic merits rather than their religion. By the early 1880s there were some 3,000 students and faculty.

So what of the argument over the university’s inception? A persnickety alumnus, Frank Culver, had launched a campaign to recognize 1817 as the true date, and his influence extended to the Alumni Association’s history committee.

Administrative resistance led one member to say: “Eighteen thirty-seven isn’t a date. It’s a disease, an obsession, an incurable mania.” The campaign led to U-M President C.C. Little’s resignation; in 1929, the regents changed the university’s seal to read 1817. It happened too late for the centennial celebration, but in plenty of time for bicentennial plans.