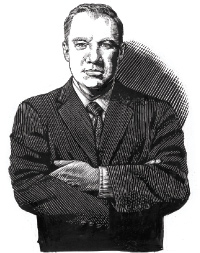 After years of mismanagement, new residential projects initiated by the Detroit Housing Commission rate among the best in the country. That’s a significant accomplishment for a city on the rebound, especially given Detroit’s historical resistance to partnering with the private sector.

So what has changed? The city can no longer afford to operate in a vacuum. The global economic meltdown in late 2008 put a huge dent in municipal budgets as housing values fell by 30 percent to 40 percent, on average. And as residential values declined, so did property taxes.

But even before the financial crisis, Detroit’s leaders saw that protectionist policies weren’t working. In the last few years, the city has taken a step back from owning and operating such cultural icons as the Detroit Institute of Arts, Eastern Market, and the riverfront.

While the city hasn’t given up its ownership stake, gone are the days when municipal leaders and workers insisted on overseeing every asset.

Anyone who has visited the DIA, Eastern Market, or the riverfront in recent months can see the remarkable upgrades that have taken place over the last decade. Once the city agreed to nonprofit, business-focused management structures, progress seemingly arrived overnight.

A case in point: Jones helped spearhead the first phases of redevelopment at the former Herman Gardens on the city’s far west side, which was demolished in 1996. Renamed Gardenview Estates, the 139-acre site at the Southfield Freeway and Joy Road now boasts dozens of new housing units, thanks to a partnership with Wyndham Development Inc. in Bloomfield Hills, among others. Overall, 833 housing units are planned, along with a community center.

Next up is Corner Stone Estates, a 180-unit housing project at the Lodge Freeway and Grand River near MotorCity Casino. Construction is set to begin by year’s end, with completion late next year. The project includes a partnership with The Fourmidable Group Inc. in Bingham Farms.

The progress bodes well for the Detroit Housing Commission, which was taken over by the Department of Housing and Urban Development in 2005 due to mismanagement (DHC was on HUD’s troubled list from 1979 to 1997, and then again starting in 2000).

Perhaps the best sign that Detroit’s public housing sector is on the rebound is that a Homearama is planned for Gardenview Estates next spring.

The event, where visitors can tour model homes, is the clearest statement yet that the city has cast aside its protectionist policies.