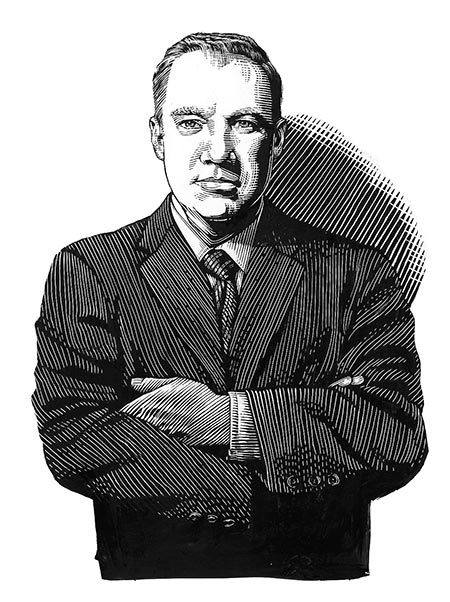 We’ve all seen proposals and reports that call for thinking outside the box or starting with a fresh sheet of paper. Too bad the Coalition for the Future of Detroit Schoolchildren, which was tasked by Gov. Rick Snyder to develop renewed ideas for operating Detroit Public Schools, didn’t get the message.

When the coalition’s report was released at the end of March, the collection of business leaders, active and former school officials, church leaders (many of whom have little or no educational experience), and union members brought forth what can best be described as a cut and paste job that lacks creativity and portends failure.

To wit: The coalition wants the state to forgive all of the debt racked up by the former Detroit Public Schools system, scrap any kind of state government oversight, and return control to an elected school board. Anyone who recalls how DPS got itself into what has been a decades-long spiral of mismanagement knows that reverting to the past would be a recipe for disaster.

Where is it written that an elected school board is required to operate one or any number of public schools? What often happens under such governance, either in Detroit or elsewhere, is that the unions throw money behind candidates who will vote to reward or extend contracts to them. Right away, the operations of a school system under such an arrangement favor the union, and the students are secondary.

DPS has its pockets of success, such as Thirkell Elementary School, near Henry Ford Hospital, that is one of the best schools in the district. The reason is the school administration has partnered with nonprofit groups like Beyond Basics to ensure that students have the resources to read and write at their respective grade level.

Under the program, once a teacher identifies a student as falling behind in reading, writing, or word comprehension, the child is assigned to a special classroom in the school where they receive an hour of training from a certified tutor each day. Within six weeks of the one-on-one sessions, 95 percent of the children read and write at or above their grade level. So why doesn’t DPS and other school districts embrace such a successful program? There are similar efforts to assist students in the STEM fields, as well.

What’s more, school districts should test every elementary student for basic skill levels in reading, writing, mathematics, and science before they move on to middle school. What sense does it make to send students to a middle school if they can’t read a book or perform simple addition? The practice of automatically passing students without testing their competency simply moves the problem from one school to the next.

Rather than return to past practices, Snyder should carve out a new approach. One initiative would be to convert every public school in Detroit into a charter institution, where professional administrators and parents come together to manage the operation.

The schools would still have to answer to the state in terms of meeting educational goals and ensuring predetermined levels of capital are maintained. In turn, the administrators would be largely freed from union pressures.

Rather than allow politics to be stirred in with education, the governor should rely on private sector management principles to fix and enhance struggling schools. In the end, education is not about who gets the biggest contract or who lands the most plum job, rather the final goal is to produce bright students who are as fervently pursued by colleges and universities as prized athletic recruits. db