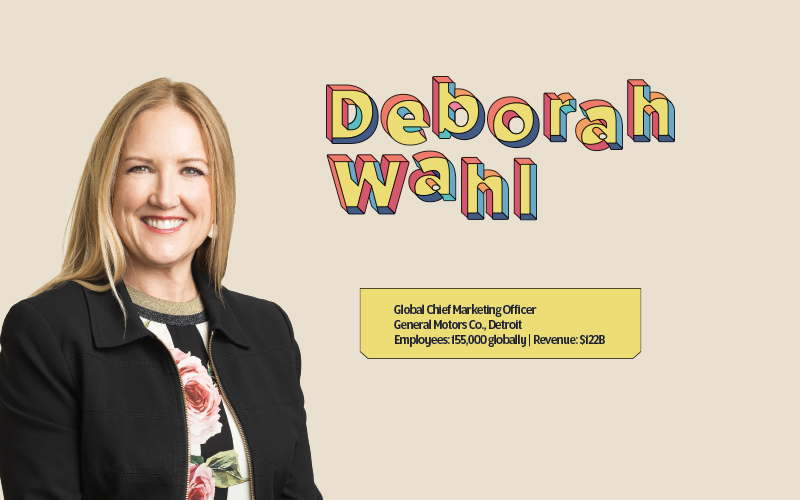 As global chief marketing officer at General Motors Co. in Detroit, it’s Deborah Wahl’s job to convince drivers around the world to consider switching to electric vehicles so the automaker can make good on its promise to sell nothing but EVs by 2035.

“I spend a lot of time thinking about how we create a movement throughout the world for an all-electric future,” says Wahl, who has been in her position since 2019. “The majority of people haven’t had the opportunity to drive an electric car and know how much fun it is to drive. I’d put it up against any other driving experience. Part of my role now is to help people see that, understand that, and start to feel some of that excitement. We’ve already seen consideration (of buying an EV) more than double in the last two years.”

Wahl says she’s all in on the transition to electric vehicles.

“We’re (rapidly) building the software, architecture, and platforms that really will change the ownership and driving experience, which I think really hasn’t happened since we changed over from horse and carriage. I think it’ll be that dramatic and exciting,” she says.

“The first phase of EVs were only people who were really green. Now we’re moving into the next phase, of people learning about how fun they are to drive. The interiors are fun, the interactivity, the lighting.”

Wahl’s career started at GM, when she was selected for a position as a college intern. She then crossed the Atlantic Ocean, where she worked in Paris for another company after graduating from Wellesley College with a bachelor’s in economics and receiving an MBA from the Wharton School at the University of Pennsylvania.

Her true introduction to the auto industry came when she joined Ford Motor Co. as advertising manager for Ford do Brasil in 1995.

“When Ford picked a bunch of us up at the airport who were interviewing for positions and took us straight to the test track, that’s when I knew the automotive industry was going to be way more interesting than any other marketing job,” Wahl recalls. 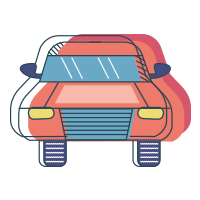 “I’m a gal who loves a challenge, so I had the task of transforming an iconic American brand that had come into some really challenging times in its brand and reputation,” Wahl says of her decision to head for the golden arches. “It was really similar to auto because it’s a franchised business. It’s a faster pace. That was an incredible experience, but hard and challenging every day.”

While at McDonald’s, Wahl was instrumental in removing a lot of the preservatives and artificial coloring from the food. She also helped launch the all-day breakfast, led the team that developed the company’s U.S. digital strategy, and launched the first U.S. McDonald’s app. She says she still treats herself to a Quarter Pounder with cheese and a Shamrock Shake occasionally, but otherwise avoids
fast food.

“When I left McDonald’s I had two ambitions,” Wahl says. “I really wanted to come back to my roots in Michigan and be part of all the excitement happening here, and I also wanted to work for Mary Barra (GM chairman and CEO).”

Once almost exclusively a man’s world, the automotive industry has become much more diverse. “Like business across the board, (the auto industry has) really changed,” Wahl says. “What’s really refreshing is that diversity drives creativity. It drives innovation. It drives solutions to all kinds of different needs that appeal to different audiences. Then there’s more growth, more opportunity. I think it makes the whole environment better for everyone.”

Having a job with a global focus is different from most positions at most companies.

“It can lead to a lot of early mornings or late nights, depending on if we’re working with China or Europe,” Wahl says. “What’s fascinating about this role, especially at this time, is the ability to help shape the transformation to a world of zero crashes, zero emissions, and zero congestion. Since we announced that four years ago, I see my role as making sure people know what change has happened, what the new avenues for growth are, and to help pave the way for the company
to do that.

“I’m having the most fun I’ve ever had and facing new, big, meaty challenges every day.”