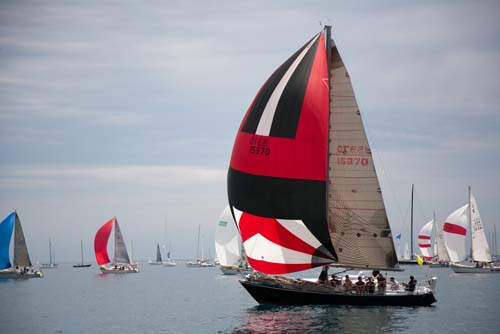 More than 225 sailboats participated in the 2011 Bell’s Beer Bayview Mackinac Race on July 23 in Port Huron. The first day of the race was marked by Tiger’s mascot, Paws, coming to visit with spectators and racers, as well as the musical stylings of Detroit’s own Descarga-ranga. Slow winds marked the start of the race, hosted by Bayview Yacht Club in Detroit, but speeds picked up on July 24 and July 25 as the boats came sailing into Mackinac Island.