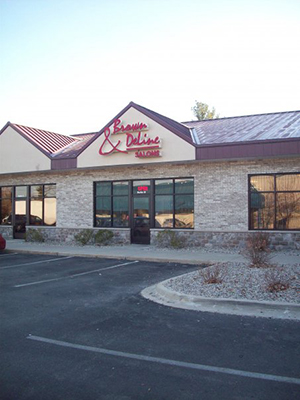 Startup companies like restaurants, service providers, and shops need two things: Money and customers. ZipCap has the answer to both. The company has a fresh idea on helping small retailers across metro Detroit with low-interest loans financed by investors and by turning customer loyalty into an asset that can be monetized.

“We came to Michigan, we said this is where we want to be, and we knew we wanted to be helping businesses that just had no way of getting capital,” says Evan Malter, founder and chief executive of ZipCap, who started the company in San Diego.

ZipCap bases its program on the belief that small and local retailers are successful because they have strong cores of repeat customers, although most banks will not offer them loans since most profit goes back into running the company and not to repay the loan.  ZipCap connects the company to investors and low-interest loans, as long as they have documented pledges from 100 of its most loyal customers.

These “Inner Circles” will pledge a certain amount of money within a fixed time frame to the business. ZipCap then charges a fee of $99 a month or takes 2.5 percent of transactions from customer transactions, depending on which is lower.

“We realized that if we could use the customer’s engagement … interest in coming back, that we could get the capital from somewhere else … if you could give (the investors) a somewhat safe return on investment, they would for sure lend to these businesses,” Malter says.

The start-up is going to launch its new loyalty product — a full-on loyalty solution at the point of sale as opposed to capital access — with Detroit-based companies Always Brewing, Go Smoothies, Good Cakes and Bakes, and Fashion Avenue, Malter says.

“We piloted with Beezy’s Café (in Ypsilanti) and there’s a salon in Ann Arbor called Brown and Deline Salon … those are our two major businesses in Michigan in 2015,” he says.

Beezy’s Café, a restaurant owned by Bee Roll, was ZipCap’s first business to borrow from its lending system. Malter had heard about Beezy’s through a local Ypsilanti blog-post.

“They were trying to extend their business hours on weekends and were selling $1,000 gift cards…this is exactly what (ZipCap) had just pivoted away from, we realized that customers weren’t going to do that … I spoke to (Bee Roll) on the phone and I thought ‘Wow!’ She was the perfect pilot for ZipCap.”

Malter says pledgers of Beezy’s have proven to be effective. “It’s probably 92 percent who follow through … this is something people want to do.”

He says investors are responding well to ZipCap’s model.

“We’ve made more loans now and we have zero late payments from any of our businesses … almost embarrassingly at a 100 percent.”