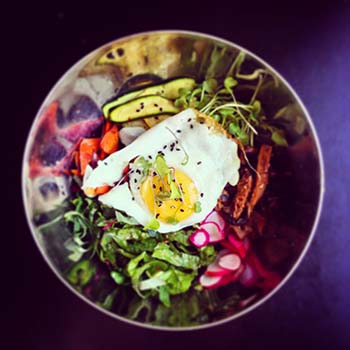 Ann Arbor-based Zingerman’s is expanding with the opening of a Korean restaurant late next summer in the city’s Kerrytown neighborhood.

“It’s not going to be fancy, but it will be really good food with a base in traditional recipes and we’ll use really, really great ingredients,” says Ari Weinzweig, co-founder and founding partner of Zingerman’s. “Our focus, with everything, is full-flavored, traditional food.”

Weinzweig says Zingerman’s is partnering with Ji Hye Kim to open the yet-to-be-named restaurant, located at 415 N. Fifth Ave. Kim is the owner of the San Street food truck in Ann Arbor, a venture backed by Zingerman’s.

Kim got her start with Zingerman’s working at the cheese counter, and entered the company’s Path to Partnership program, which provides resources to employees to help them grow within the company and create their own startups.

“We’re always encouraging people to go after their dreams and collaborate about what they might want to do,” Weinzweig says. “What we choose to do next is always driven by the vision and the passion of the prospective managing partner.”

Weinzweig says the 3,000-square-foot restaurant is the home of Zingerman’s Events on Fourth, an event space, and also was the location of the restaurant Eve, which has since moved to the Bell Tower Hotel at 200 S. Thayer Street on the University of Michigan’s campus, under the new name Eve The Restaurant.

The Korean restaurant menu will feature dishes such as Bibimbap, white rice topped with vegetables, a fried egg, and meat; Mandu, Korean-style dumplings; and Tteokbokki, a snack food made with rice cakes, fish cakes, and chili sauce. Beer and wine will also be offered.

Weinzweig says the restaurant will undergo some renovations before its opening.

Zingerman’s other establishments include a bakery, a sit-down restaurant featuring American comfort food, a creamery, and a farm, among others.