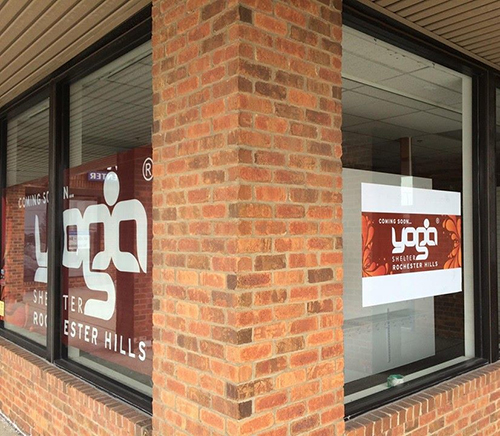 Yoga Shelter, which opened its first studio in West Bloomfield in 2004, will open two additional locations in metro Detroit this spring and summer, with two more out-of-state locations to follow within the next two years.

“Yoga Shelter was created to help create a coming together of like-minded people, to create a real community for people, so as we grow with our studio locations we continue to fulfill that intention,” says Hannan Lis, a principal of Yoga Shelter, which has studios in Birmingham, Royal Oak, Grosse Pointe, Midtown and downtown Detroit, as well as Los Angeles.

Next month, the company will open in Arbor Lofts at the Southfield City Center, says Nicole Yoder, COO of Yoga Shelter. “Southfield and Lawrence Technological University are trying to improve the city and create a downtown area (at Evergreen and Civic Center Drive). It’s a great opportunity for us to grow and expand, and then sort of partner with Southfield on (their mission),” Yoder says.

An affiliate Yoga Shelter is set to open — in partnership with Kristy Garrett — in Rochester Hills by June. “We’ve found our (affiliate partnerships) to be a great structure. We’re open to their ideas, and they’re open to ours,” Yoder says. “We have a brand we’re trying to keep intact, but for the most part, these studios are successful because of the individual communities they reside in and because of the people who lead the way at each studio.”

In addition to opening a Florida store by the end of the year and a second venue in California, Yoga Shelter recently launched a philanthropy-based marketing effort that rewards charitable giving with free and discounted yoga. Called “Yoga Shelter Cares,” the program aims to coordinate marketing partnerships that help strengthen the community.

“In general, yoga studios like to connect with their surroundings,” says Yoder, explaining that, for example, Yoga Shelter might lead stretches prior to a charitable walk. “It’s more than just running a business. It’s actually having a heartbeat where you’re located.”