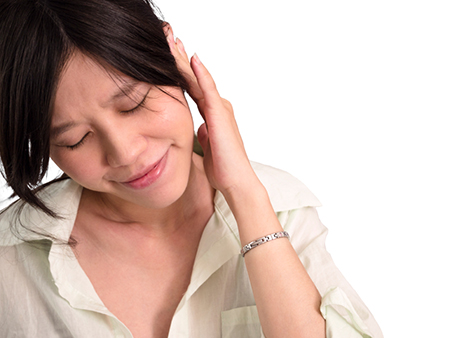 Researchers at Wayne State University are using a $421,000 grant to develop a new treatment that will suppress tinnitus, a noise or ringing in the ears that can be caused by a number of health conditions, side effects of medications, or exposure to noisy environments.

“Our project will introduce a novel thin-film-based cochlear implant that we hope will be more effective for optimizing tinnitus suppression,” says Jinsheng Zhang, professor and research director of otolaryngology at Wayne State University, who is leading the research with Yong Xu, professor of electrical and computer engineering.

The study will first explore whether or not electrical stimulation within the ear will help to suppress tinnitus in an animal model, Zhang says.

“Along with electrical stimulation, the cochlear device we have developed can deliver chemical and optical stimulation,” Xu says. “This feature will provide unprecedented neural modulation capability, ultimately providing improved therapies for tinnitus and potentially other neurological diseases.”

Currently, there is no cure for tinnitus, but temporary intervention treatments such as dietary modification, centrally acting medications, noise-masking, tinnitus retraining therapy, neuromonics, and electrical stimulation are available to help patients cope.â€‹