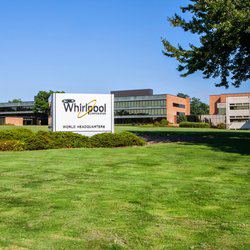 Benton Harbor-based Whirlpool Corp. has filed an antidumping petition with the U.S. Department of Commerce and the U.S. International Trade Commission to stop Samsung and LG Electronics Inc. from selling washers in the United States for less than what they actually cost to make.

Bitzer says Whirlpool filed the petition seeking enforcement of U.S. and international trade laws to even the playing field for U.S. appliance manufactures.

In 2013, the U.S. government found that Samsung and LG were unlawfully dumping large residential clothing washers exported to the United States from production facilities in South Korea and Mexico. In response, the companies moved their washer production to China.

Whirlpool has 22,000 U.S. employees, including 15,000 manufacturing workers in nine plants across the country.